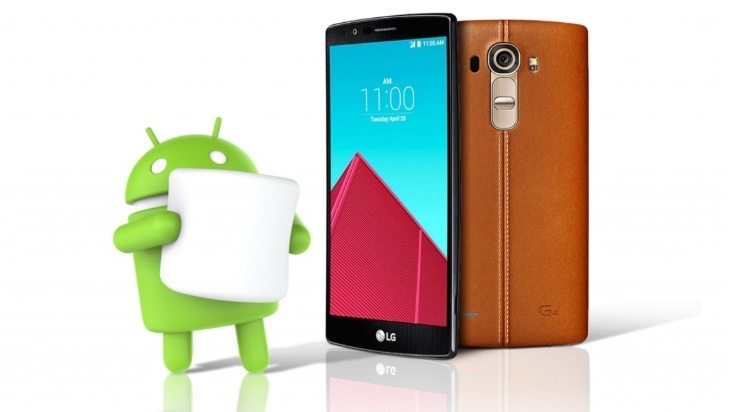 LG is doing a pretty good job of pushing out Android updates to its flagship smartphones. The LG G3 was one of the first devices to receive the upgrade to Android Lollipop last year, and the company was one of the first to issue some news about the upgrade to Android 6.0 Marshmallow this year. In October LG announced that users of the G4 in Poland were about to start receiving Marshmallow, and now the LG G4 Marshmallow update is expanding across Europe.

Previously LG confirmed that the rollout of the Marshmallow update would begin in Poland, and it has also been pushed out for users in Korea, LG’s home market. The company said that further markets including Europe, Asia, and the Americas were in line for the next stage of the rollout, but we cautioned that it can sometimes take quite a while for updates to reach all regions and carrier models. Therefore it’s good to hear that other parts of Europe are now starting to receive the LG G4 Marshmallow update.

Some owners of the LG G4 in Europe are reporting that the update is now being seeded. The update weighs in at around 1.55GB and is accessible via LG Bridge (LG AirDrive), LG’s PC synch software. So far most of those who say they have managed to obtain the software seem to be in Germany with the H815. A list of models has surfaced that claims to show which other units are in this phase of the rollout. You can see that below, although we’ll point out that we have no way of knowing whether this is accurate.

If the above list is genuine it looks as though plenty more users across Europe will also be receiving this update for the LG G4 in the coming days. If you want to know much more about what to expect from Android Marshmallow, you can head to the LG source below that gives information about improvements and new features of the update.

It’s always interesting to track the progress of new Android updates across various regions, so if you have the LG G4 in Europe we’d really like to hear from you. Have you received the LG G4 Marshmallow update yet? If so, which region are you in?

One thought on “LG G4 Marshmallow update expands across Europe”