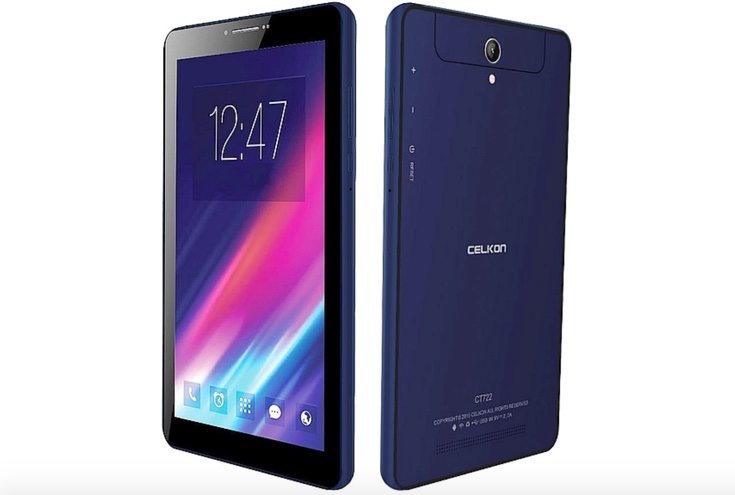 This next item is for our many readers in India, especially if looking for a new affordable tablet. The Celkon CT722 tablet has just launched with a very cheap price tag, and that’s likely to make it an appealing purchase for plenty of prospective buyers. Check out the details of specs and pricing ahead.

Celkon spoke yesterday of the Rs. 250 crores that the company is investing in its Andhra Pradesh and Telangana manufacturing facilities. These plants will make both tablets and mobile phones and the money will be invested across the next six months. The newly launched Celkon CT722 will be available exclusively from Snapdeal and the price is just Rs. 4,999.

Specifications of the CT722 include a 1.1GHz Intel Atom x3-C3230RK quad-core processor, Mali 450 MP4 graphics, and a 7-inch display with resolution of 1024 x 600. It’s a single SIM device that has 1GB of RAM, and 8GB of internal storage that can be expanded to 32GB with microSD card. The tablet has connectivity options that include 3G, WiFi 802.11 b/g/n, Bluetooth, GPRS/EDGE, microUSB, and USB OTG.

Further specs of the Celkon CT722 include a 3.2-megapixel rear camera, a 1.3-megapixel front-facing camera, and a 2800 mAh battery. It runs the Android 5.1.1 Lollipop OS and is offered in black, blue, or white colors. Celkon Mobiles Chairman and Managing Director, Y Guru, said of the launch,

What are your first thoughts on the Celkon CT722 tablet? Are you likely to buy this device because of its low price?