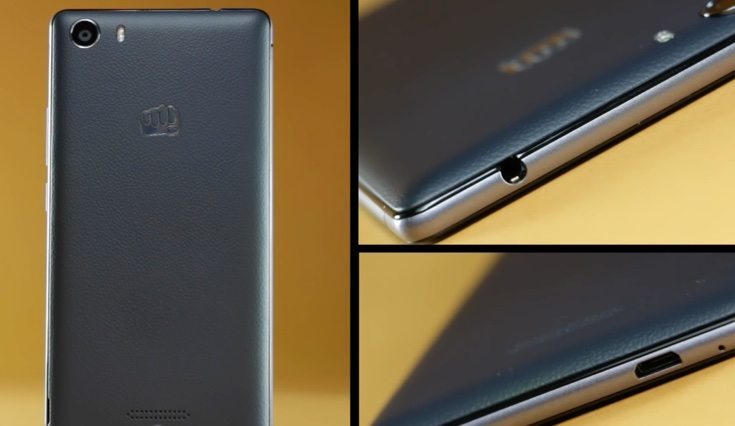 Last month we informed readers about the launch of the Micromax Canvas 5 that was priced at Rs. 11,999. Micromax smartphones are often popular in India, and so many people may be wondering whether to make this their next device purchase. To help you out in this respect you might want to check out a Micromax Canvas 5 review with pros and cons.

Further Micromax Canvas 5 specs include a 13-megapixel rear camera with autofocus and LED flash, as well as a 5-megapixel front-facing snapper that also has flash. It’s a dual SIM (4G + 2G), and as well as 4G LTE it supports 3G HSPA+, WiFi 802.11 b/g/n, Bluetooth 4.0, and GPS. It runs the Android 5.1 Lolliopop OS, and when it launched we were informed that it would receive the Android 6.0 Marshmallow update at some future point.

Sometimes it can be useful to check out a video review before you buy a new smartphone. This gives you a chance to look at the device hands-on to get an idea of how it handles and a better idea of what it has to offer. Beneath this post we’ve embedded a video from 91mobiles showing a Micromax Canvas 5 review. The focus of the review is to find out whether the phone is a hit or a miss, and to do this it covers various aspects.

It begins by discussing the design and build of the phone, and moves on to the display, the software experience and more, with some pointers of pros and cons along the way. The review also outlines some special features, performance, gaming, and battery life, and then gets to the camera. The latter is described as perhaps the only main area of the phone that doesn’t perform well and you’ll see some image samples that illustrate this.

Finally you’ll see an overall verdict on the Micromax Canvas 5, and apart from the camera the device is largely thought to be impressive. Despite the mostly positive review there are also some alternative smartphones mentioned, and the reviewer only offers a half-hearted recommendation for this Micromax phone. When you’ve checked out the Micromax Canvas 5 review video below, we’d really like to hear from you. Are you convinced that the Canvas 5 is the right phone for you or not?