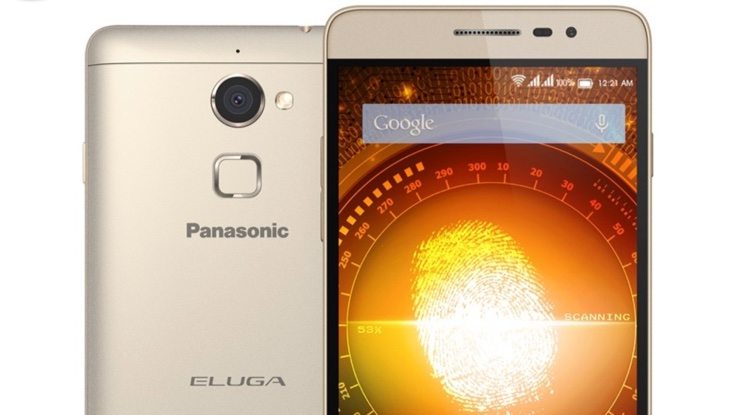 A new Panasonic smartphone has launched in India, and the Panasonic Eluga Mark could be a competitor for the Lenovo K3 Note and Moto G (3rd gen). It’s a 4G LTE handset with some interesting features such as Android for Work support. Coming right up we have information about the Eluga Mark price in India as well as specs and more.

Panasonic comes up with some popular smartphones for India, and this new device will be available through online channels as well as in retail stores. The Panasonic Eluga Mark price is Rs. 11,990, so it will rival many of the popular phones available on the Indian market right now.

Specs of the Eluga Mark include a 1.5GHz Snapdragon 615 octa-core processor, and a 5.5-inch IPS display with HD resolution of 1280 x 720. It has 2GB of RAM, and 16GB of internal storage (expandable to 32GB with microSD card). There’s a 13-megapixel rear camera, and a 5-megapixel snapper on the front.

It supports 4G LTE connectivity with India-specific bands, as well as 3G, WiFi 802.11 b/g/n, Bluetooth, GPS, and microUSB. The dual SIM Panasonic Eluga Mark gets its juice from a 2500 mAh battery, and runs the Android 5.1 Lollipop OS with Panasonic’s FitHome UI. It will be offered in Royal Gold and Metallic Grey color options.

The Android for Work support offers enhanced IT-related security as well as BYOD compatibility enabling private phones to be used on secure corporate networks. For those who don’t know, BYOD stands for ‘bring your own device.’ Another feature of the phone is a fingerprint sensor on the reverse that stores up to 8 fingerprints. Panasonic India Business Head, Mobility Division, Pankaj Rana, said at the launch,

“With the growing use of smartphones for a wider range of high-risk activities such as access to cloud data and private information, mobile security is a top priority for users. This control-sensitive device, which achieves complex tasks with the press of a finger or a swipe of the thumb, is personalized for the user and protects the smartphone investment.”

Do you like the look of the Panasonic Eluga Mark? Do you feel it offers good value for its price? Let us know with your comments.