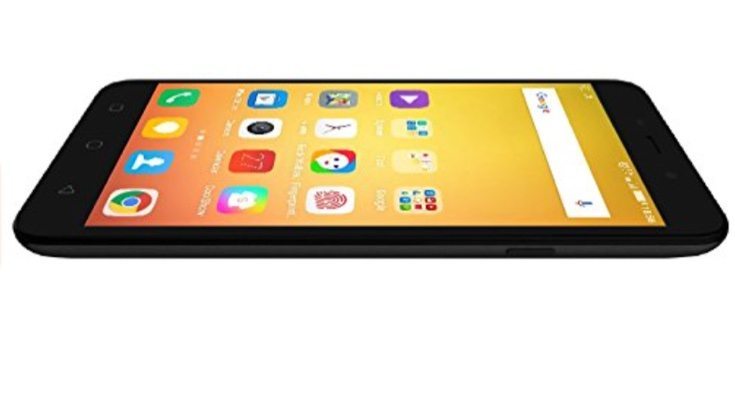 Many of our readers in India will have heard of the Coolpad Note 3 smartphone that launched in October. It was in a white color, but it seems many wanted a black option. Now the Coolpad Note 3 Black version has also been launched. It’s available exclusively from Amazon India, and we have news on specs, price and more coming right up.

The Coolpad Note 3 Black Edition will be sold by Amazon.in and it’s priced at Rs. 8,999 at the time of writing. It can be ordered now and the listing currently states that this device will be in stock from December 12. Specifications of the phone include a 1.3GHz MediaTek MT6753 64-bit octa-core processor, Mali-T720 MP2 graphics, and a 5.5-inch IPS display with HD resolution of 1280 x 720.

Further specs of the Coolpad Note 3 Black Edition include 3GB of RAM, and 16GB of internal storage (expandable via microSD to 64GB). It’s juiced with a 3000 mAh battery claimed to offer around 15 hours or talk time or 400 hours on standby. Connectivity is catered for with 4G LTE, 3G HSPA+, WiFi 802.11 b/g/n, Bluetooth 4.0, and GPS.

The phone has a 13-megapixel rear camera with f/2.0 aperture, 5P lens, and LED flash, and a 5-megapixel front-facing shooter. This is a dual SIM device that measures 151mm x 77mm x 9.3mm and it weighs 155g. The Coolpad Note 3 runs the Android 5.1 Lollipop operating system with the company’s Cool UI 6.0). It also features a fingerprint sensor that takes just 0.5 seconds to unlock and can detect dry or wet fingers.

“Coolpad Note 3 is definitely a notch above competition, if it weren’t it would not have retained the No. 1 bestseller tag on Amazon.in even after over 2 months of its launch when any product momentum starts fading, We hope to continue holding this position for the Black variant of Coolpad Note 3 as well. This color was unveiled recently during our first ever FAN meet held in New Delhi and rightly so because our fans and costumers continuously demanded a black variant in all our surveys, moreover Mr. GUO Deying, Chairman and Former CEO of Coolpad Group has announced this variant exclusively for the Indian market.”

Have you been hoping that Coolpad would release a black version of the Note 3 in India? Perhaps you now intend to buy the Coolpad Note 3 Black Edition? Let us know with your comments.