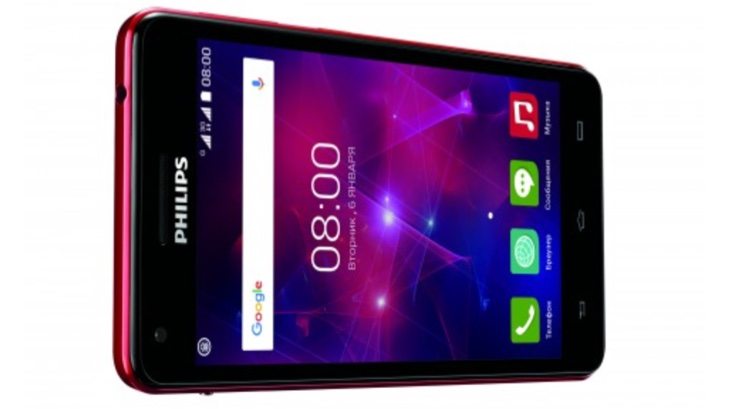 Philips launches a steady flow of smartphones and another one is about to arrive. The Philips Xenium V377 is to release with a sizeable 5000 mAh battery and that will be major highlight of the new phone. Other specs are not so impressive, but for those looking for good battery life and a competitive price it could be a good choice.

This new Philips phone has an 8-megapixel rear camera featuring autofocus and LED flash, as well as a 2-megapixel front-facing snapper. It’s a dual SIM handset running the Android 5.1 Lollipop OS skinned with the company’s own UI, and features Miracast support. The handset is 10.9mm thick, weighing in at 188.5g.

Power users will appreciate the 5000 mAh battery claimed to offer standby time of up to a month or up to 29 hours of talk time. Philips further claims that a single full charge will enable the play of 3,150 audio songs, and that’s some going. If you need to extend the battery life there’s a physical button on the left of the handset to switch to a power saving mode.

The Philips Xenium V377 is scheduled to launch in Russia by the end of the month, but there’s no news yet on availability for other regions. The price for Russia is 8990 rubles and that’s equivalent to around $130, Â£85, â‚¬120, or Rs, 8650, although pricing may vary according to market.

What are your first thoughts on the Philips Xenium V377? Does this sound like a smartphone you might buy if it launches in your region? It’s always good to hear from readers so why not let us know.