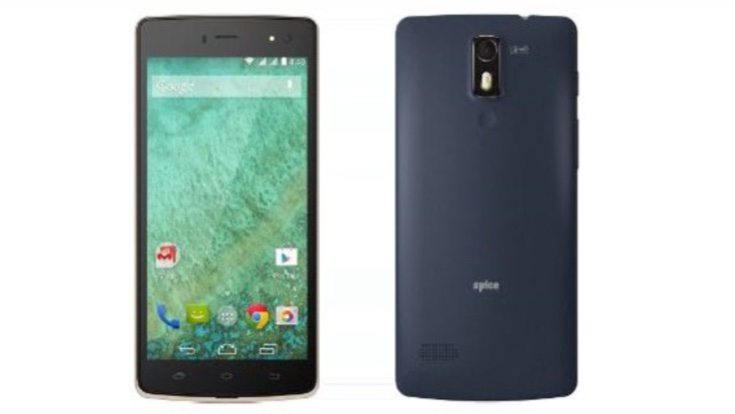 Another offering from Spice has been launched and it has a budget price and decent enough specs for the money. We have details on the Spice Proton 5 price, specifications, and more coming right up. This new smartphone is available as an exclusive to HomeShop 18 in India.

The new Proton 5 doesn’t have 4G LTE connectivity and that will be a drawback for some buyers. However, it does have a 13-megapixel rear camera, which is notable considering it’s priced at just Rs. 5,999. Other specs include a 1.3GHz quad-core processor (chipset unspecified), and a 5-inch display with HD resolution of 1280 x 720 resulting in 294 ppi with DragonTrail Glass protection.

There’s 1GB of RAM and 8GB of internal memory that’s expandable with microSD card to 32GB. Apart from the 13-megapixel main camera there’s also a 5-megapixel front-facing shooter. The Spice Proton 5 runs Android 5.1 Lollipop operating system and it’s juiced by a 2000 mAh battery. The latter doesn’t sound too impressive but Spice says it will give users up to 8 days of standby time or up to 4 hours of talk time.

Connectivity is catered for with 3G, WiFi, Bluetooth, GPS, and microUSB. Although this new Spice smartphone may not sound like anything to get too excited about, it might suit those looking for a very affordable handset with a decent sounding camera set-up. On the other hand it joins a very crowded market in India, and it may well get lost among the many other budget handsets available.

Are you looking for a new low-cost smartphone in India? Would you consider the Spice Proton 5? Let us know by sending us a comment.