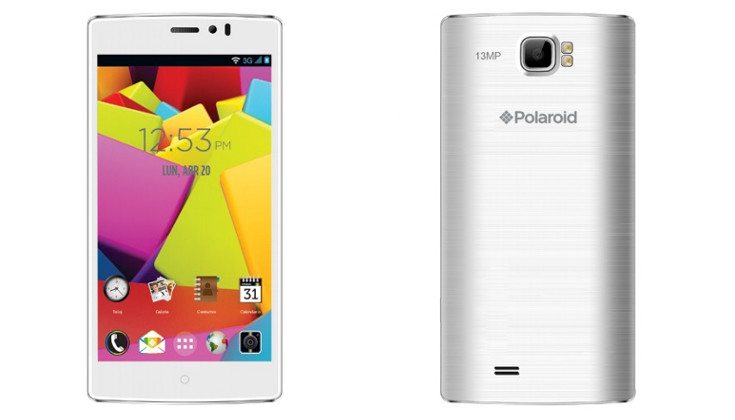 Polaroid isn’t a big name in the smartphone world, but they have released a number of solid devices and accessories over the past few years. The Polaroid PSPC550 looks to be their latest, and it has just been certified ahead of a release.

The FCC is one of the first stops a cellular device makes before getting a release in North America, and it appears Polaroid is gearing up to drop the Polaroid PSPC550. While we’re sure it will get a bit of a name change before it hits the streets, the smartphone is said to be headed to Mexico in the very near future.

FCC filings don’t give us near the wealth of information provided by TENAA listings, but they do reveal a few things like a handset’s connectivity options. The Polaroid PSPC550 will arrive with 4G LTE, Bluetooth and Wi-Fi along with the usual array of ports. The processor is listed as a 64-bit MediaTek MT6735V, but there’s no word on the storage or RAM. As it’s Polaroid, you can expect a solid 13MP rear snapper with a Dual-Tone flash. Last but not least is a 2,500mAh removable battery and an unknown version of the Android OS.

We aren’t sure of the Polaroid PSPC550 price at this time or when it will hit the streets, but it will come to Mexico courtesy of carriers like America Movile, Telcel, and Radiomovil. If we learn more about any international plans for the handset, we’ll be sure to keep you in the loop.