Zen Cinemax 2 launched for India through Flipkart for Rs. 4,199 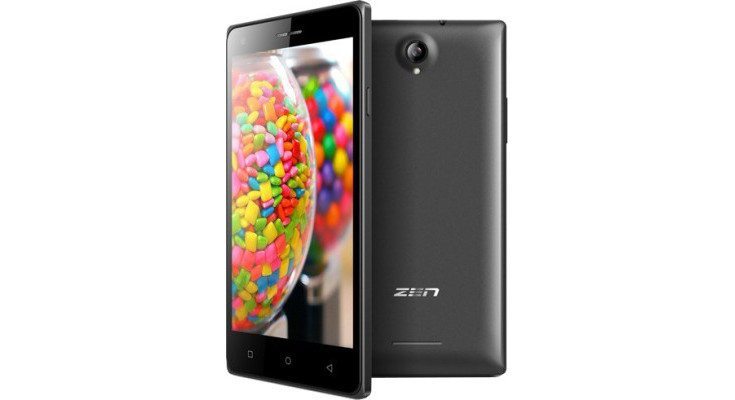 Zen is a brand that will not be familiar to the majority of our readers, and they are definitely not to be confused with the popular Zen lineup from Asus. Zen Mobile has just launched a new handset in India however, and the Zen Cinemax 2 is ready to roll from Flipkart priced at Rs. 4,199.

Zen Mobile has joined the phablet club with the Zen Cinemax 2, so you’re looking at a device with a large 5.5-inch panel. Unfortunately, those pixels are going to be stretched a bit as the resolution is listed at 540 x 960. Beneath that slab of glass, you’ll find a quad-core processor clocked at 1.3GHz while the RAM is listed at 1GB.

In terms of storage, the Zen Cinemax 2 comes with 8GB under the hood but it is expandable through the usual means. Selfie-snappers will have a 2MP camera on the front to work with while the rear camera is listed at 5MP. The usual suspects are present and accounted for when it comes to connectivity, which means you’ll get Bluetooth, Wi-Fi, GPS/A-GPS, Dual SIM and 3G. A 2,900mAh battery will provide the power to the Zen Cinemax 2 while Android 5.1 runs the show.

As you can tell from the Zen Cinemax 2 specs, it’s geared towards folks that don’t want to spend a wad of cash on a smartphone. That said, it still has some solid features for the price as it will only set you back Rs. 4,199, which equates to around $63 bucks in the states.