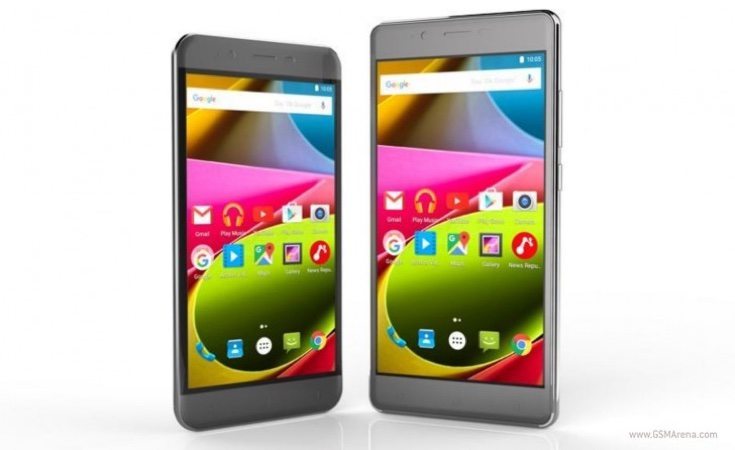 Plenty of new smartphones are already being announced at the start of the year, and new Power and Cobalt series’ have just been introduced by Archos. The Archos 40 Power and 50 Power, as well as the Archos 50 Cobalt and 55 Cobalt+ have all been made official. Read ahead for details on specs and pricing.

Starting with the Archos 40 Power, this is a low-end smartphone equipped with a 1.2GHz Spreadtrum SC7731C quad-core processor, and a 5-inch display with resolution of 800 x 480. It has just 512MB of RAM, and 8GB of internal storage that can be expanded with a microSD card. There’s a 5-megapixel rear camera with LED flash, a 2-megapixel front-facing sensor, and connectivity options include 3G, 2G, WiFi 802.11 b/g/n, Bluetooth, and GPS. It has a 1900 mAh battery, which is decent enough considering the hardware that it needs to juice, and it runs the Android 5.1 Lollipop OS. The price is only â‚¬49.99.

Moving on to the Archos 50 Power, this has several improvements over the 40 Power and so it’s priced at â‚¬129.99. It’s powered by a MediaTek MT6735 quad-core processor and has a 5-inch IPS display with HD resolution of 1280 x 720. It also steps up to 2GB of RAM and 16GB of internal storage, and packs a 13-megapixel rear camera, as well as 4G LTE connectivity. This one has a sizeable 4000 mAh battery. 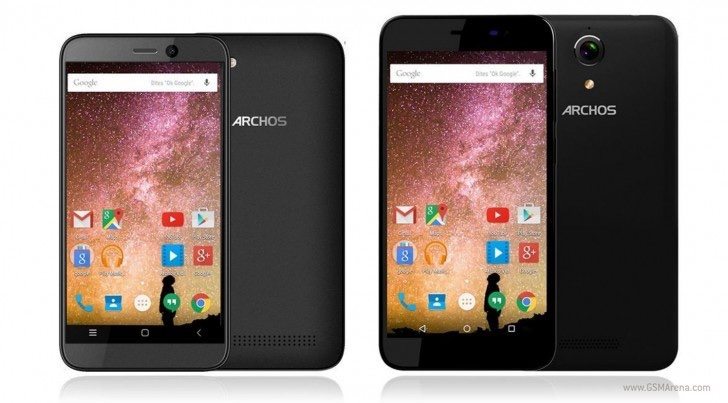 Now we get to the new Archos Cobalt series. The Archos 50 Cobalt smartphone is priced at â‚¬99 and comes in Cobalt Blue or Dark Grey color choices. Specs include a MediaTek MT6535 processor, a 5-inch IPS display with HD resolution of 1280 x 720, 1GB of RAM, and 8GB of internal storage (expandable). It supports Cat.4 LTE, 3G and 2G, and totes an 8-megapixel rear camera with LED flash. This one has a less impressive 2000 mAh battery.

Finally we get to the Archos 55 Cobalt+, which also has a MediaTek MT6535 processor, but a larger 5.5-inch HD display. There’s 2GB of RAM, 16GB of internal storage, and a 2700 mAh battery. Add to that a 13-megapixel rear camera with LED flash, and a 2-megapixel front-facing camera. It comes in Cobalt Blue or Dark Grey and its price tag is â‚¬149.

Both of the new Archos Cobalt smartphones are set to release in April while the Power series phones should be available in May. Do you think you’ll be searching out these affordable new Archos phones when they hit the shelves? If so, are you more interested in the Archos 40 Power, 50 Power, 50 Cobalt, or 55 Cobalt+?