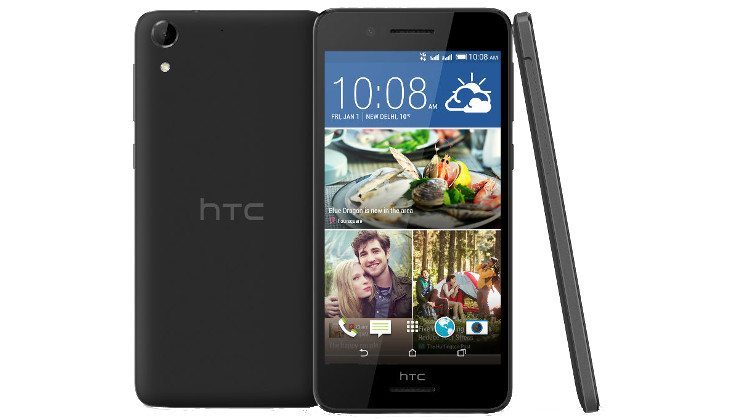 There are more Desire variants than you can shake a stick at, and India appears to have access to more of them than any other region. The HTC Desire 728 Dual SIM price and availability has just been announced for the region, and we’re going to tell you what to expect from the mid-ranger now that it’s official.

The HTC Desire 728 has popped up on our radars numerous times through certifications and specs leaks. The company made the HTC Desire 728 Dual SIM price official today, and it won’t be the cheapest mid-ranger around at Rs. 17,990. If you’re wondering what that gets you, wonder no more…

China was the first region to see the HTC Desire 728 Dual SIM release, and the model for India appears to be one and the same. That means you’ll get a 5.5-inch display with a resolution of 1,280 x 720p to go along with a 1.3GHz octa-core MediaTek MT6753 and 2GB of RAM. The storage capacity is listed at 16GB but expandable through the usual means.

On the backside of the HTC Desire 728 Dual SIM, you’ll find a 13MP snapper with BSI and an LED flash while the front-facing camera clocks in at 5MP. As it’s an HTC handset, you can expect BoomSound speakers, Dolby Audio and the company’s usual bits of flair as well. Connectivity options include Bluetooth 4.1, Wi-Fi, GPS/A-GPS, 4G LTE and Dual SIM. A 2,800mAh battery will keep the lights and you’ll get Android 5.1 out of the box.

The HTC Desire 728 Dual SIM price for India shakes out to around $268 in the states, which makes it affordable given the specs. That said, the mid-range sector is crowded in the region, so the company could have its work cut out for them with this particular smartphone. If you’re looking to pick up the HTC Desire 728 Dual SIM, you’ll be able to snag one in White or Purple within the next few weeks.