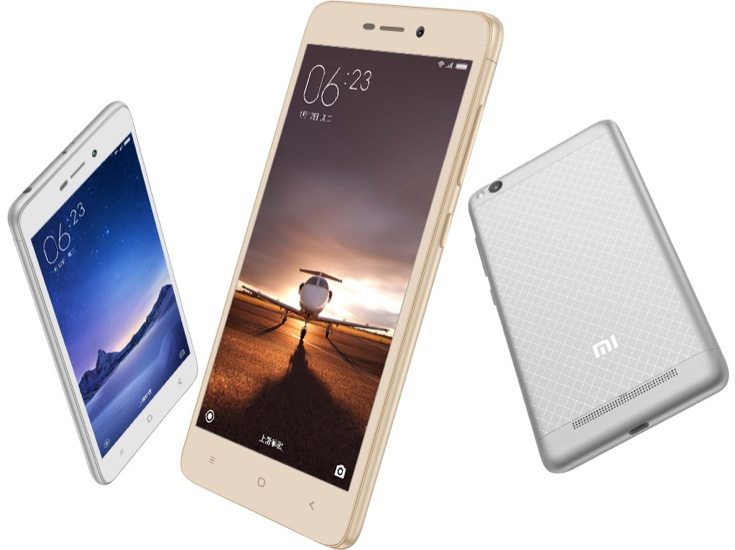 Xiaomi has been dropping teasers for the Redmi 3 smartphone and we knew it was about to launch. Now we have the Xiaomi Redmi 3 price and release date as the device has just been officially announced. It will be available in China first, and although its arrival for other markets has not been detailed yet, we expect it to release in more regions soon.

The company had already teased some of the specifications of the Xiaomi Redmi 3, but now the full specs lineup is confirmed. It’s powered by a Snapdragon 615 64-bit octa-core processor (four cores at 1.5GHz and four at 1.2GHz) and has Adreno 405 graphics. The IPS display is 5-inches in size with HD resolution of 1280 x 720, and there’s 2GB of RAM, and 16GB of internal storage (expandable via microSD to 128GB).

This is a hybrid dual SIM smartphone (micro + nano) so the second slot can be used for microSD. The handset measures 139.3mm x 69.6mm x 8.5mm and it weighs in at 144g. It has a metal magnesium alloy build with unibody design and diamond patterned reverse. Color choices are Gold, Classic Gold, Dark Grey, and Silver.

The release date of this phone for China is January 12th, so eager buyers there have only a day to wait. The Xiaomi Redmi 3 price has been confirmed at CNY 699. That’s equivalent to around $106, Â£73, â‚¬97 or Rs. 7,100 at the time of writing. However, please bear in mind that these prices are only indicators as pricing very often varies according to market.

Given the Xiaomi Redmi 3 price that has been announced for China, this is a very affordable smartphone for what it has to offer. We’ll keep you informed with availability elsewhere as soon as we hear more. Xiaomi has been producing many popular handsets with competitive pricing, and the Redmi 3 looks to be no exception.

Are you pleased that this new Xiaomi smartphone has now been officially announced? What are your thoughts on the Xiaomi Redmi 3 price? Do let us know with your comments.