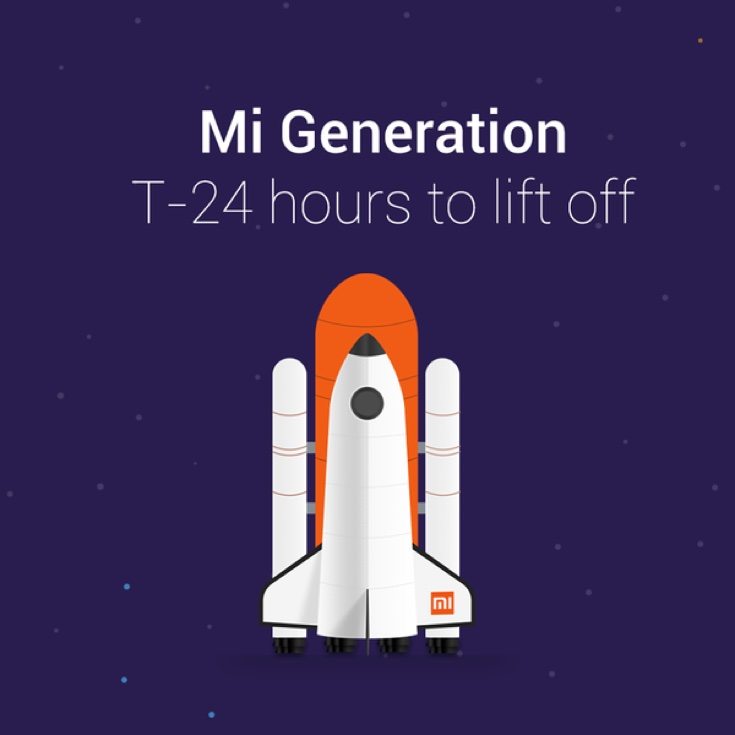 In the smartphone world we see many leaks and rumors about upcoming devices, so it makes a real change when we are about to see something launched and have no idea what it is. That’s just what has happened though, as there will be a Xiaomi Mi Generation announcement tomorrow. At the moment we are in the dark over whether it will be a new smartphone, tablet, or perhaps an accessory.

Head of Mi India, Manu Kumar Jain, has got everyone wondering by posting a teaser about this on Twitter. The text reads, “An exciting announcement will happen tomorrow. Always believe something wonderful is about to happen,” and also includes the hashtag #MiGeneration. Meanwhile the image on the tweet uses the words “Mi Generation T-24 hours to lift off.”

#MiGeneration-An exciting announcement will happen tomorrow 🙂 Always believe something wonderful is about to happen pic.twitter.com/nJFhTLegzk

The word ‘generation’ perhaps suggests a next-generation version of one of Xiaomi’s popular devices or something completely new, but to be frank anything could happen. Interestingly there is no event planned for this Xiaomi Mi Generation launch so this really is a mystery. However, the wording certainly suggests something exciting is about to arrive and another tweet says this will be a “complete show stopper” so we’ll be waiting eagerly to hear what is announced.

Hopefully by this time tomorrow we’ll have heard all of the details, and of course you can be sure we’ll bring you the news as it comes to us. In the meantime we’d be interested to hear from readers about this Xiaomi Mi Generation teaser. Give us your predictions for what you think will be announced tomorrow? Are you hoping for a new smartphone or something else? It’s always good to receive your comments so do send them in.