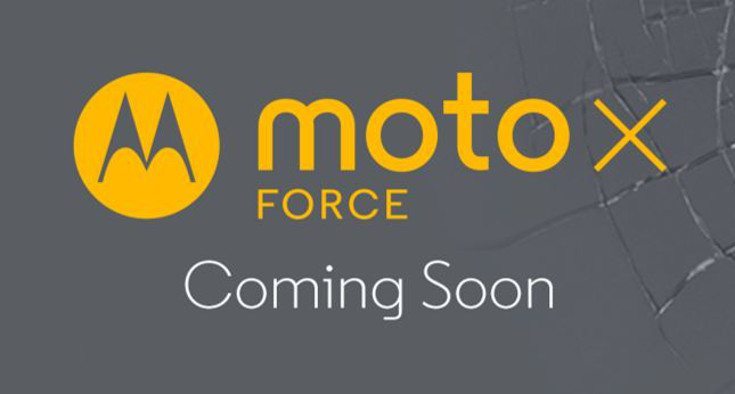 Stress tests have become pretty popular and you can’t throw a rock without hitting a video of a handset Â being beaten up, dropped and destroyed. The Moto X Force is said to be one of the tougher smartphones around, and it appears the device is finally bound for India.

We’ve known the Moto X Force India release would happen eventually, but details have been light. Motorola hasn’t necessarily cleared things up, but they have dropped some new teasers to let folks know the smartphone is still on track for a release in case they are thinking about snagging another handset.

If you’re unfamiliar with the Moto X Force, here’s the scoop. The smartphone is the international version of the Droid Turbo 2 and comes equipped with a “ShatterShield” that makes use of dual-layer touchscreen panels. As for the display, it clocks in at 5.4-inches and carries a resolution of 2,560 x 1,440 and beneath it beats a Snapdragon 810 backed by 3GB of RAM.

Consumers should have the choice between 32GB and 64GB of storage as well, and the camera combo is more than sufficient at 21MP/5MP. Connectivity options include the usual suspects like Wi-Fi and Bluetooth along with 4G LTE. The handset will draw its power from a large 3,760mAh battery with quick-charging tech and runs Android 5.1.1 out of the box.

As you can tell by the Moto X Force specs, it’s a contender if you’re in the market for a flagship in the region. Unfortunately, the company has yet to reveal the Moto X Force price in India or give us an actual release date although we hope to see that change soon.

Are you still interested in the Moto X Force or have you already turned your attention towards another device?