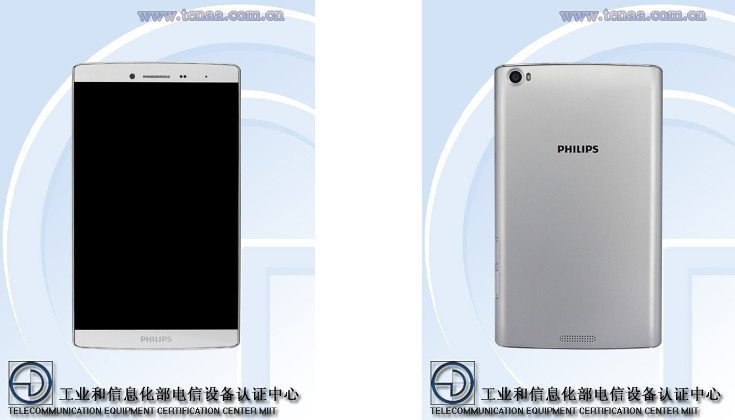 Philips is gearing up to drop a new smartphone which recently passed through the gates of TENAA. The device is currently dubbed the Philips S711L, and it’s going to be a beast smartphone with an octa-core chip.

Philips isn’t the most popular smartphone manufacturer around, and their devices can be hard to obtain depending on your locale. While we aren’t sure of their plans for expansion in the smartphone department, devices like the Philips S711L are going to get a lot of attention. It’s bigger than most handsets in its class, but that’s really just the tip of the iceberg for the Philips S711L.

Phablets are the current trend, but Philips is bucking it with the 7-inch Philips S711L. The smartphone carries a resolution of 1,920 x 1,080 and the majority of the front side is taken up by the display. It’s good looking to be that large, and there’s plenty of pop thanks to an octa-core processor clocked at 1.3GHz and 3GB of RAM.

On the backside of the Philips S711L, you’ll find a 13MP snapper while the front-facing camera is listed at 8MP. The full dimensions of the handset are 184.5mm x 107.3mm x 8.5mm and it weighs a whopping 260grams. That means we should see a large battery, but TENAA generally doesn’t list that information. Rounding things out for the Philips S711L are 4G LTE, Bluetooth, Wi-Fi, a microSD card slot, and Android 5.1.

As usual, we have no idea of when the Philips S711L will make an appearance in China or if it will travel to other lands after its initial release. Given the size and specifications, it could carve itself out a nice niche if the company decides to go global and keeps the price right.

Would you like to see the 7-inch Philips S711L come to your region?