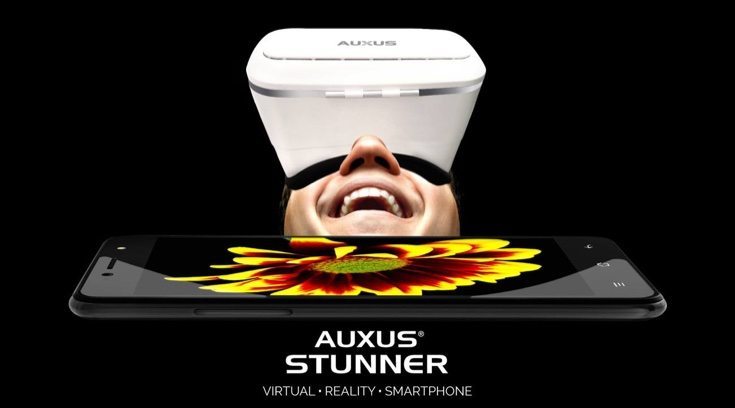 Another in the iBerry Auxus series has just been announced and we wonder if its name reflects the smartphone. The iBerry Auxus Stunner with VR headset has a limited time bundle price of Rs. 14,990, so if you want to check out a virtual reality experience this might be the device for you.

A big benefit of the new iBerry Auxus Stunner is the VR headset that it comes bundled with. Buyers will find this brings a 3D dimensional view of content with VR experience through 360-degrees. The Auxus Stunner follows hot on the heel of the Lenovo K4 Note that launched in India earlier in the month and is also available as a bundle that includes a VR headset.

The iBerry Auxus Stunner bundle will be sold by eBay India as an exclusive from Wednesday. For a limited time Rs. 14,990 will get you the bundle. On launch day (today) there will also be an opportunity to receive a free Auxus iWatch smartwatch that’s usually priced at Rs. 7,990 so you might want to be quick. After the offer time the price of the Stunner bundle will be Rs. 18,990. The time limit for the lower price is currently counting down and you can see the countdown at the eBay source below. At the time of writing there are another 10 days and 7 hours to go.

Specs of the phone include a 5-inch IPS display with up to 178-degree viewing angles and HD resolution of 1280 x 720. A MediaTek MT6753 octa-core processor powers the show with Mali-T720 graphics, and it has 3GB of RAM. There’s 16GB of internal storage with the good news that it’s expandable with microSD to 128GB. The smartphone carries a 13-megapixel rear camera and a 5-megapixel snapper at the front, both with LED flash.

Are you heading straight to eBay India to get your hands on the iBerry Auxus Stunner with VR headset?