Samsung Galaxy S7 Edge gets listed by Samsung ahead of launch 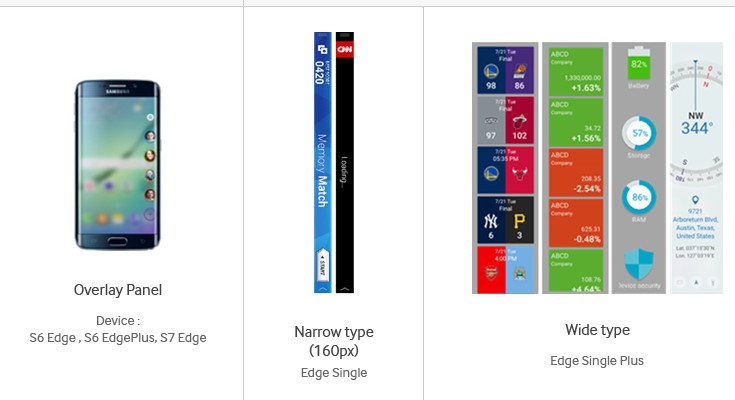 The Samsung Galaxy S7 Edge and the regular model have been in the news more often than not lately. Today new information has come to light, and it’s coming straight from the horse’s mouth as Sammy has made an official slip up of sorts.

There aren’t many things certain in life aside from death and taxes, but you can rest assured Samsung will continue to produce it’s Galaxy lineup for quite some time. If you need further proof of the Samsung Galaxy S7 Edge and its impending release, Samsung is happy to oblige. The company has let some new information slip on their upcoming smartphone, and while it’s great to get confirmation, it’s nothing to get extremely excited about.

A new section has appeared on Samsung’s official website detailing a few functions of the Samsung Galaxy S7 Edge. Besides confirming the handset actually exists, it goes into detail about the functions that come along with that fancy edged display. Everything appears as it should, and there will be something new with Edge Single Plus which is said to offer up more information on the panels.

The Samsung Galaxy S6 Edge is a beautiful smartphone; take it from someone who currently rocks the S6 Edge Plus. Beauty aside, the company could have done more with the way those edged panels work, and we hope getting a wider pane is just the first sign of good things to come.

What kind of functions would you like to see from the Samsung Galaxy S7 Edge display?