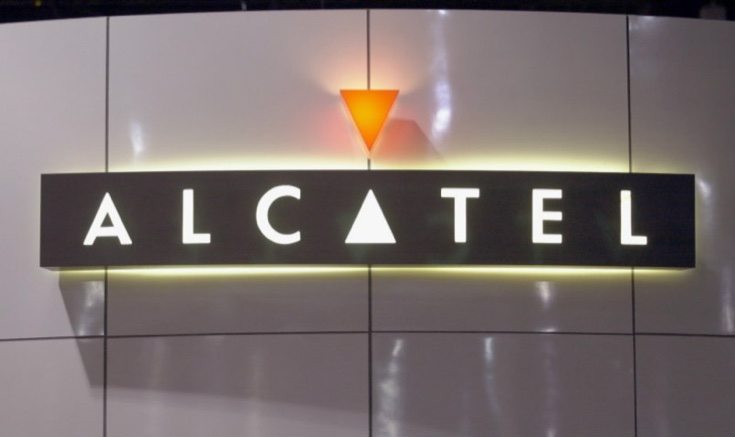 It’s always good to see specifications of upcoming devices revealed before the official launch, and that’s just what has happened with two new Alcatel smartphones. Alcatel Idol 4 and 4S tasty specs have been uncovered in company website listings. Although the entries have now been removed it was too late to stop the details getting out into the wild.

Alcatel’s support site gave specs of the OneTouch Idol 4 and also the larger Alcatel Idol 4S. No prices were shown on the listings and there’s no news yet on a release date. However, with MWC 2016 coming up later this month we wouldn’t be surprised if they were made official during the event. The Idol 4 has some very decent specs, while the Idol 4S ramps it up further.

Starting with the Alcatel Idol 4, it’s equipped with a Snapdragon 617 octa-core processor (four cores at 1.7GHz and four at 1.2GHz), and has a 5.2-inch IPS display with Full HD resolution of 1920 x 1080. There will be RAM options of 2GB or 3GB, and internal storage of 16GB (expandable via microSD). It carries a 13-megapixel rear camera, 8-megapixel front-facing camera, and a 2610 mAh battery. It will be running the Android 6.0 Marshmallow operating system. The handset measures 147mm x 72.5mm x 7.1mm and weighs in at 130g. 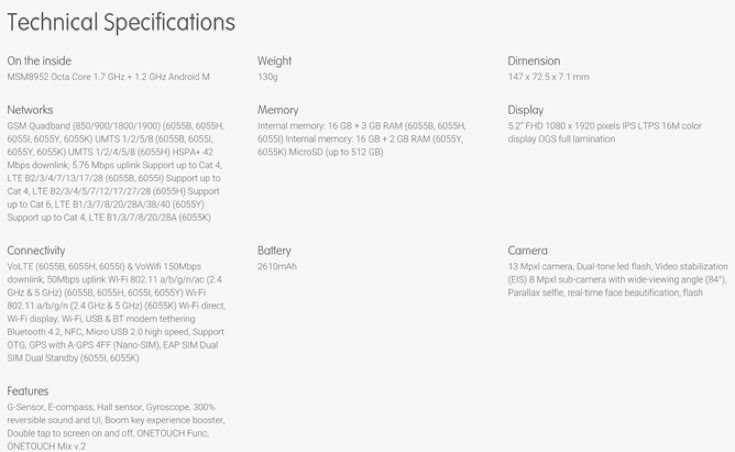 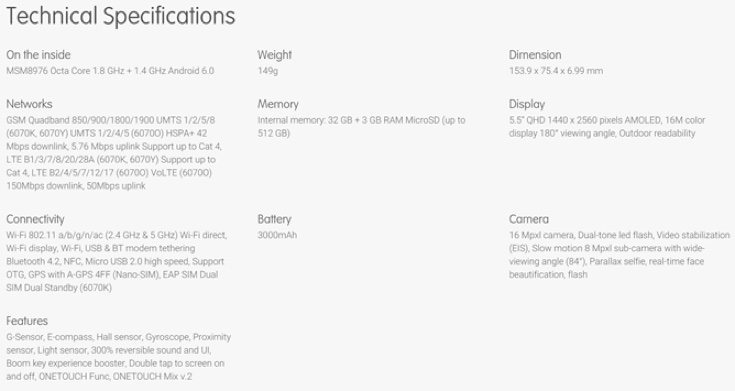 Please note that as the support pages have already been removed we have not provided source links as we usually would. However, the images above show screenshots of the specs details. What are your first impressions of the Alcatel Idol 4 and Idol 4S specs? Let us know with your comments.