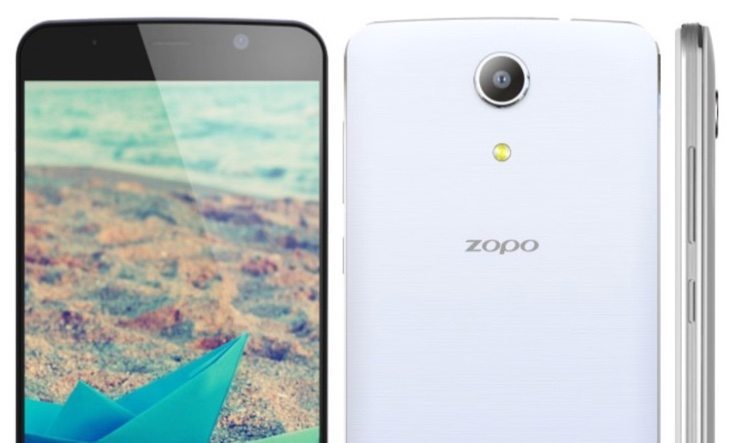 Last year Chinese manufacturer ZOPO launched its Speed 7 smartphone in India, and now the company has just launched another 4G LTE handset. We have news on the ZOPO Hero 1 smartphone release for India, and the phone has a certain amount of specs similarities to the earlier Speed 7.

The price of the ZOPO Hero 1 has been announced as Rs. 12,000. It will be available both online and through offline stores, and is offered in Black and White color choices. Specs of the phone include a 1.3GHz MediaTek MT6735 64-bit octa-core processor, Mali-T720 graphics, and a 5-inch display with HD resolution of 1280 x 720.

Further specifications include 2GB of RAM, 16GB of internal storage (expandable via microSD to 64GB), and a 2500 mAh battery. Camera-wise there’s a 13.2-megapixel rear camera with f/2.2 aperture, 5P lens, and LED flash, as well as a 5-megapixel shooter at the front. It’s a dual SIM phone running the Android 5.1 Lollipop operating system.

“The mobile device market is the most competitive market today and at Zopo we make sure that we are at par with the contemporary trends. We have a constant eye on the customer demand and behavior, based on which we design and structure out smart devices. We do not believe in loading redundant features on a device that a user would never use. Bearing this in mind, the new Hero 1 simplifies life for people with its minimalist yet futuristic features for people with smart and uncomplicated needs.”

What are your initial impressions of the ZOPO Hero 1 and its price for the Indian market? We’re always interested to hear from readers, so why not send us a comment.