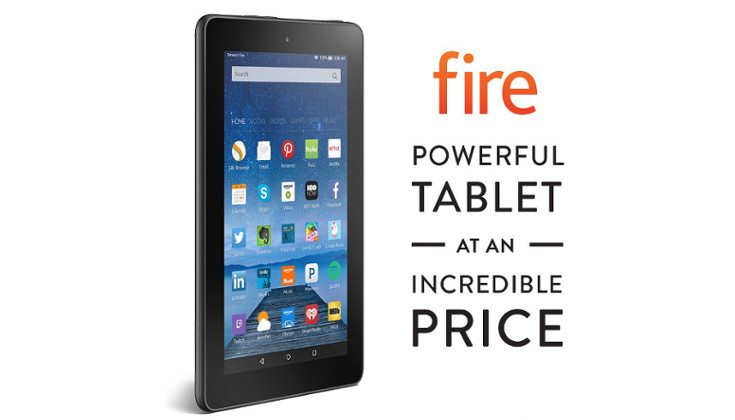 We spend a lot of time talking about Android slates and iPads, but the Kindle and Fire lineups have a large fan base as well. A new Amazon Fire 7 sale has just made the slate a bit cheaper as you’ll be able to pick one up for only $39.99.

The Amazon Fire 7 isn’t the slate it used to be, but still offers up plenty of value if you’re not concerned with power or Amazon’s forked version of Android. It’s been cheap for a while, but the company has dropped the price on the Ad-supported and Ad-free versions of the tablet, so you can pick one up for $39 or $54 depending on your preference.

As mentioned, the Amazon Fire 7 is a bit dated in terms of specs so you’re looking at a 7-inch slate with a resolution of 1,024 x 600. The horsepower comes from a quad-core chip clocked at 1.3GHz and 1GB of RAM. Unfortunately, you’ll only get 8GB of storage out of the box although there is a microSD card slot for expansion. Other features to note include Wi-Fi, Bluetooth, a 2MP rear camera, and a VGA front-facing camera.

Amazon hasn’t put a timeframe on the Amazon Fire 7 sale, but you may want to act fast if you’re interested as you never know how long these promo’s will last. The Ad-supported version of the Amazon Fire 7 is currently listed at $39.99 while the regular version is still $10 cheaper at $54.99.