Huawei Y6 Pro specs listed online but no price yet 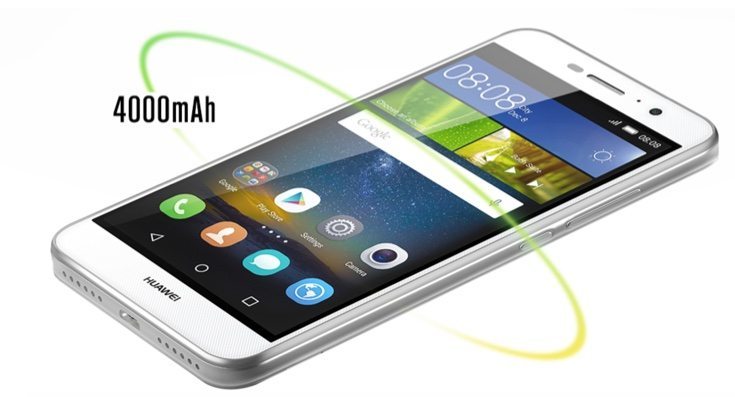 Some readers may have heard of the Huawei Enjoy 5 that launched in China a few months ago. Now an international variant of the mid-range smartphone has been launched quietly online as the Huawei Y6 Pro. Details of the phone are listed on the company’s website, although there’s no news yet on the price or where it will be available.

Huawei Y6 Pro specs include a 1.3GHz MediaTek MT6735P 64-bit quad-core processor, and a 5-inch LCD display with HD resolution of 1280 x 720. It has 2GB of RAM and 16GB of internal storage. It’s not clear whether it has expandable storage via microSD although it’s worth pointing out that the Enjoy 5 that it’s based on does.

Further specs of the Huawei Y6 Pro include a 13-megapixel rear camera with CMOS sensor and f/2.0 aperture, and a 5-megapixel front-facing shooter with 84-degree wide-angle lens. This is a dual SIM smartphone that’s juiced by a sizeable 4000 mAh battery featuring Smart Power Saving technology. Connectivity is well covered with 4G LTE, 3G, WiFi 802.11 b/g/n, WiFi Hotspot, WiFi Direct, Bluetooth 4.1, and GPS/AGPS, while sensors include a G-sensor, L-sensor, and P-sensor.

The Y6 Pro runs the Android 5.1 Lollipop operating system skinned with Huawei’s Emotion UI 3.1 Lite, and comes in Gold, Gray, and White color choices. The handset weighs in at 160g and measures 143.1mm x 71.8mm x 9.7mm. It has a metal frame and a water-ripple effect textured design, and you can take a closer look at the Huawei Source below.

We’ll be back with more about pricing and availability when we hear further news. Does the Huawei Y6 Pro look like a smartphone that you might purchase? What sort of price would you be willing to pay for this new handset? Do let us know by sending us a comment using the box provided below.