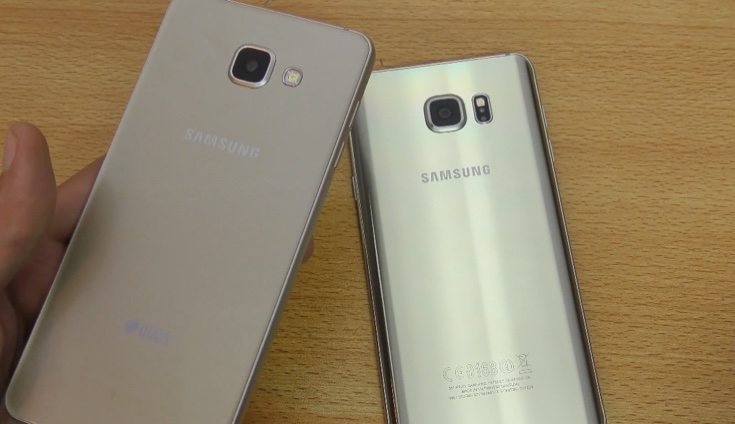 Some key specs of the Samsung Galaxy Note 5 are an Exynos 7420 octa-core processor (four cores at 2.1GHz and four at 1.5GHz), and a 5.7-inch Super AMOLED display with Quad HD resolution of 2560 x 1440. It has 4GB of RAM, a 16-megapixel rear camera, and 3000 mAh battery. The phablet released running Android 5.1.1 Lollipop and will be upgraded to Android 6.0 Marshmallow at some point. 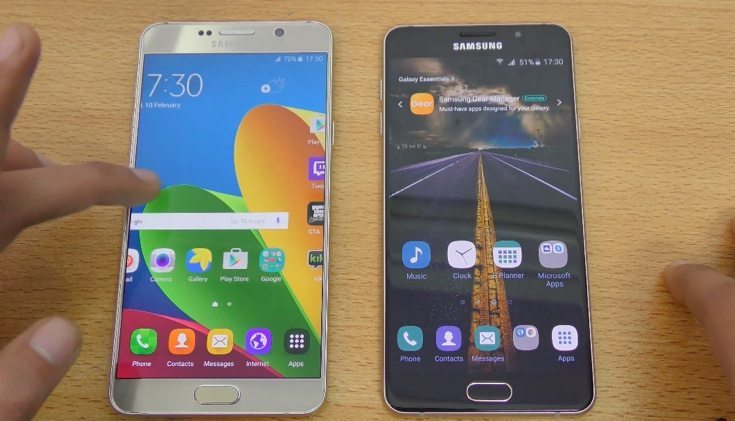 Both of these Samsung Galaxy phones feature a fingerprint scanner, but the Note 5 also features S Pen stylus use, wireless charging, heart rate sensor, and more. The specifications of the A7 (2016) are not so high-end as the Galaxy Note 5, but it’s worth noting that the A7 has a premium metal and glass build. Of course there’s more to a phone than its specs sheet, so for much more information and insight we’ve embedded a video below this article of the Samsung Galaxy Note 5 vs Galaxy A7 (2016).

The comparison review begins by discussing the price difference between the two handsets, and then goes on to cover different factors. These include the displays, designs, storage, software, performance, camera capabilities, and battery life. The video also gives a good opportunity to see the handsets from various angles for a closer look. At the end the reviewer gives a quick summary of which might be best for your needs.