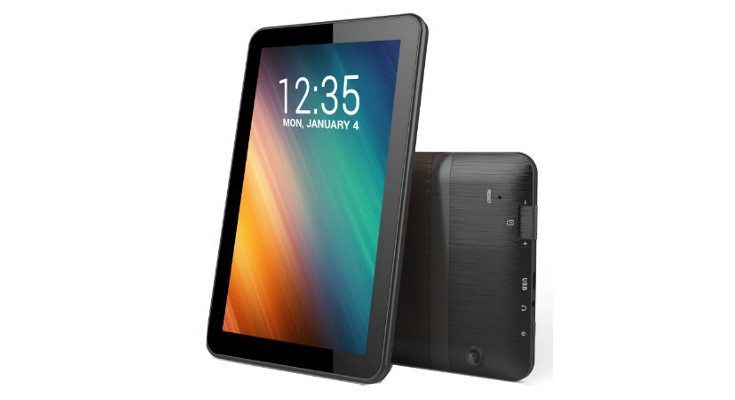 Our coverage of Celkon has picked up over the past few years, and today a new device has sprung forth from their arsenal. It’s called the Celkon CT111, and it’s a tablet in the mid-range class that’s bound for India.

The last Celkon slate to cross our path was the Celkon CT722, which dropped in December of last year. The new Celkon CT111 is closely related to that tablet when it comes to the specifications, but will feature a different style on its backside. Those bezels on the front don’t appear to have shrunk unfortunately, but it’s going to be cheaper than the previous model by a wide margin.

According to the specs, the Celkon CT111 will have a 7-inch display with a resolution of 800 x 480. Beneath the glass beats a quad-core Cortex A7 clocked at 1.3GHz with an unknown amount of RAM and internal storage. That said, the storage should is said to be expandable up to 32GB, so you’re probably looking at 8GB of storage and 1GB of RAM. Don’t hold us to that though.

On the backside of the Celkon CT111, you’ll find a 2MP camera to go along with a variety of ports on the top of the device. There’s a microSD card slot, micro-USB, headphone jack, power button, and a reset button. The front-facing camera is 2MP as well, and the connectivity options include Bluetooth, Wi-Fi, and 3G Dongle support. A 2,500mAh battery will power the slate and it is listed as running Android KitKat out of the box.

As mentioned, the Celkon CT111 isn’t going to burn up the specs sheet, but it is affordable. The tablet is priced at Rs. 2,999 or $44/â‚¬40, and will be available through retail shops and online courtesy of Amazon.