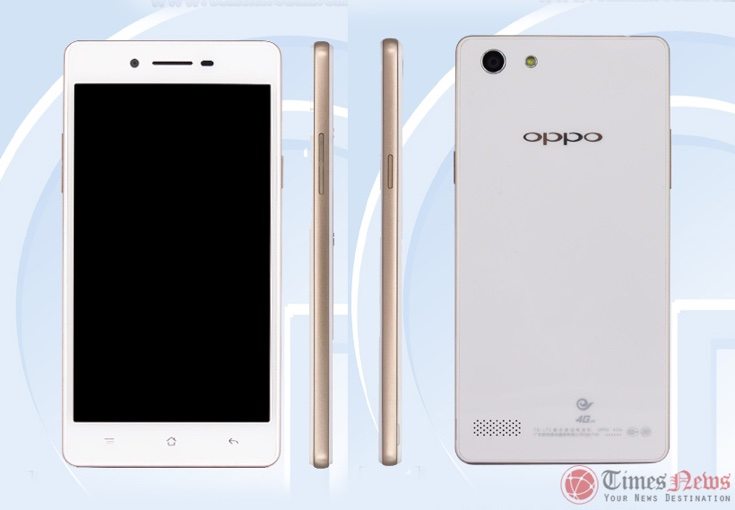 We are increasingly seeing variants of existing smartphones being introduced, and some readers will know about the Oppo A33 that launched late last year. Now a new variant of the low to mid-range handset titled the Oppo A33c has turned up during the certification process in China. As usual this has disclosed some specs and images of the device, but this time we’re rather puzzled.

From the images in the TENAA certification filing we can see that the design of the Oppo A33c appears to be unchanged from that of the Oppo A33. In fact the specs also appear to be the same, so we’re a bit confused as to what the point of the A33c is unless its a specific carrier variant. Specifications revealed by the TENAA listing include a 1.2GHz quad-core processor, and a 5-inch display with resolution of 960 x 540.

The Oppo A33c has 2GB of RAM, and 16GB of internal storage, with expansion possible through microSD. More specs include an 8-megapixel rear camera and 5-megapixel front-facing snapper, but as is often the case the TENAA spot doesn’t reveal the battery sizes. The phone is running the Android 5.1.1 Lollipop operating system.

The handset measures 142.7mm x 71.7mm x 7.55mm and it weighs 146g. The Oppo A33c supports 4G LTE, 3G, 2G, Bluetooth, GPS, and USB connectivity, as well as FM Radio. It also features various sensors such as Gravity, Proximity, and Light. Now that the phone has appeared for certification we anticipate a formal announcement about the Oppo A33c before too much longer.

Hopefully we’ll soon find out exactly how the Oppo A33c differs from the existing Oppo A33, so do check back with us for more from time to time. In the meantime what are your thoughts on the Oppo A33c?