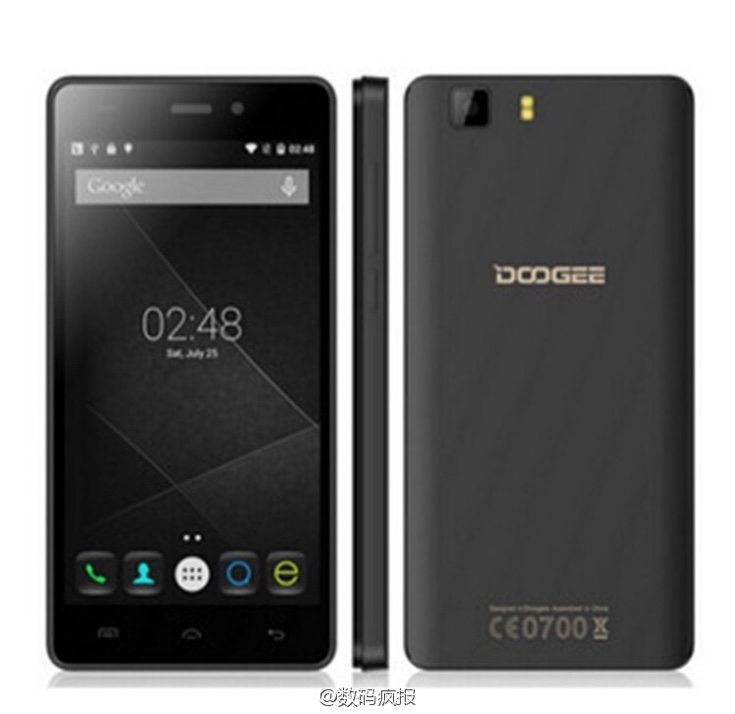 We like to mix it up a little and bring readers news from brands they may not have heard of before. One of these is Doogee, a Chinese maker that we’ve covered previously and who have come up with some competitively priced devices. Now some Doogee F7 specs have leaked along with a purported image of the alleged upcoming smartphone.

The Doogee F7 is the claimed subject of the leaked image that you can see below, and is a successor to the Doogee F5. If the leaked specifications are genuine it’s shaping up to have some very decent specs. It’s rumored to have a Helio X20 deca-core processor, a 5.7-inch 2K display, 3GB of RAM, and 16GB of internal storage that will be expandable with microSD card.

Further unconfirmed specs of the Doogee F7 are a 21-megapixel rear camera, and in the image we can see there’s dual LED flash. The phone also has a 5-megapixel front-facing shooter and it’s a dual SIM handset. It’s said to be running Android 6.0 Marshmallow from release, and it will be juiced by a nicely sizeable 4000 mAh battery.

As far as availability is concerned the leaked release timeframe is Q2, 2016 but there’s nothing more specific yet. A Doogee F7 price of $169.99 is also mentioned, but bear in mind that these leaked specs and the pricing are not confirmed yet. With MWC 2016 almost upon us it’s possible that the Doogee F7 will be officially introduced at the event in Barcelona. We’ll be back next week with more if this pans out, and if not we’ll bring you further news when we hear it.

What are your first impressions of the Doogee F7 specs from this leak? Do you like the look of the device shown in the image below? Do scroll down and send us a reply, as we always like to hear feedback from readers.