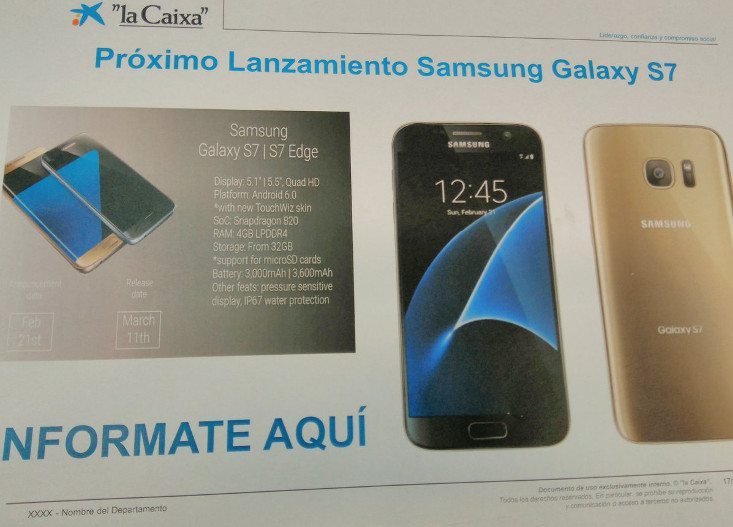 We can’t go a day without seeing a new Samsung Galaxy S7 leak, and we’ve seen about a half-dozen since yesterday. Most involve the same information to a degree, so we are going to concentrate on one. A piece of promo material from Samsung has hit the net, and it has spilled the beans on the Samsung Galaxy S7 and Galaxy S7 Edge release date.

Leaks generally come in from unofficial sources, but we tend to see manufacturers slip up from time to time as well. Sometimes it’s intentional, other times not so much. The latter is the case with the newest Samsung Galaxy S7 leak as someone snapped a photo of a brochure that gives us official confirmation on the specifications along with the Samsung Galaxy S7 release date.