We knew we would see a few surprises at MWC 2016, but we weren’t sure which manufacturer they would come from. Well, Sony is taking that honor this year with the new Sony Xperia X lineup, which has just been announced at MWC in Barcelona.

First up is the Sony Xperia X Performance, which features a 5-inch display with a resolution of 1,920 x 1,080. The Snapdragon 820 and 3GB of RAM will provide the power while the storage capacity is listed at 32GB but expandable through a microSD card slot. As it’s Sony, you can expect solid snappers and in this case, it’s a 23MP Exmor RS sensor on the back and a 13MP Exmor RS sensor on the front. A fingerprint scanner, Bluetooth 4.2, NFC, Hi-Res Audio, IP67 certification, and a 2,700mAh battery round things out for the Xperia X. It’s also their flagship model, so you can expect a premium look and metal build.

If you want to save a few bucks, the Sony Xperia XA could be an option as it’s the mid-ranger of the bunch. That means you’ll get a 5-inch 720p display to go along with a speedy Helio P10 and 2GB of RAM. The storage space clocks in at 16GB, but is expandable and the camera combo is listed at 13MP/8MP. The thin bezeled Xperia XA has a 2,300mAh battery and runs Android 6.0 out of the box. 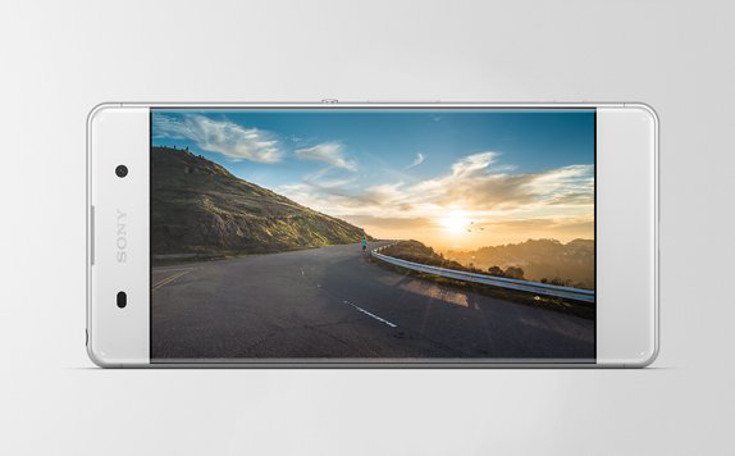 Last but certainly not least, is the regular Sony Xperia X with a 5-inch 1080p panel and a Snapdragon 650. The storage and RAM and camera combo are all the same as the Sony Xperia X Performance model, and we’re pleased to say it will have the same large 23MP/13MP camera combo as well. In a nutshell, it’s essentially the Performance model with a slower chip, no water-resistance, and a 2,620mAh battery.

Sony’s Xperia series looks to be getting a nice upgrade with the Sony Xperia X lineup, and we expect them to be popular if the price is right. Sony hasn’t given details on the colorful new Xperia X range at this time, but pre-register or find out more information about each model at their official links below.