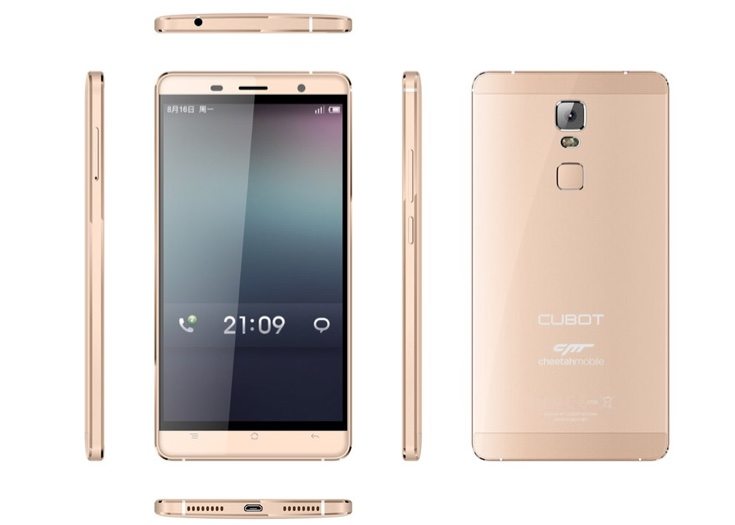 Devices are being unveiled at MWC 2016 at a mind-boggling rate, and now we have details of another that comes from a less known manufacturer. Some readers may have heard of Chinese smartphone manufacturer Cubot and the company has now teamed up with software firm Cheetah Mobile. The result is the Cubot CheetahPhone and an April release and the price have been announced.

This co-branded smartphone will be available first in Europe from Amazon with a price tag of â‚¬199 (around $218, Â£155, or Rs. 15,000). Pre-orders will begin on March 20 with shipping in April, and the release will also extend to Africa at a future point. Specs of the Cubot CheetahPhone include a 1.5GHz MediaTek MT6753 octa-core processor, and a 5.5-inch display with Full HD resolution of 1920 x 1080.

Further specifications are 3GB of RAM and 32GB of internal memory (expandable to 128GB via microSD), while you’ll also get 10GB of cloud storage space. It has a 13-megapixel rear camera with Samsung sensor, and an 8-megapixel shooter up front. We were interested to find out the battery capacity but unfortunately Cubot has not provided this information just yet.

An interesting aspect of the Cubot CheetahPhone is its software experience optimized by Cheetah Mobile. For those who haven’t heard of Cheetah Mobile the company is responsible for more than 500 million downloads of utility apps such as CM Security and Clean Master. The CheetahPhone runs the Android Marshmallow-based Cubot Launcher, with Cheetah mobile apps integrated with the UI functionality. The Gallery app for example will enable quicker exchange of videos and images to other devices with its WiFi transfer feature.

The measurements of the handset have not been given yet, but the company says that the length and width are akin to that of the Samsung Galaxy S7 Edge. However, it’s said to be not so slim as the Samsung handset, which to give some idea measures 150.9mm x 72.6mm x 7.7mm. Are you a potential buyer of the Cubot CheetahPhone?