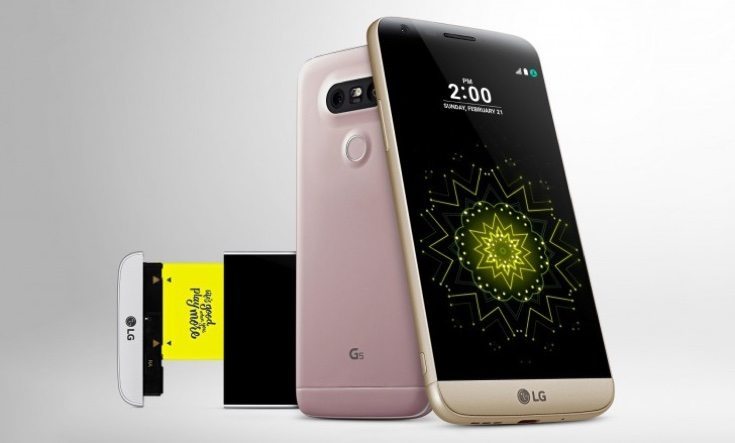 The LG G5 has been officially announced and is a particularly interesting addition to the company’s flagship lineup. LG has produced a modular idea for this smartphone that’s heading for a release in April. Read on for confirmed specs, features, and more, for this upcoming device.

The LG G5 has a metal and glass build with invisible antenna integration and Slide-out battery. There are also hardware expansion modules called the LG Cam Plus and LG Hi-Fi Plus with B & O Play. LG has also announced LG Friends, a variety of add-ons that can transform the phone into a Hi-Fi player, digital camera and more. Just a few of these are the LG 360 VR, LG 360 Cam, LG Rolling Bot, and H3 by B & O Play.

LG G5 specifications include a Snapdragon 820 quad-core processor, Adreno 530 graphics, and a 5.3-inch IPS display with 3D Arc Glass and always-on feature. The display has Quad HD resolution of 2560 x 1440 resulting in 554 ppi. There’s 4GB of RAM, and 32GB or internal storage (expandable via microSD to 200GB). 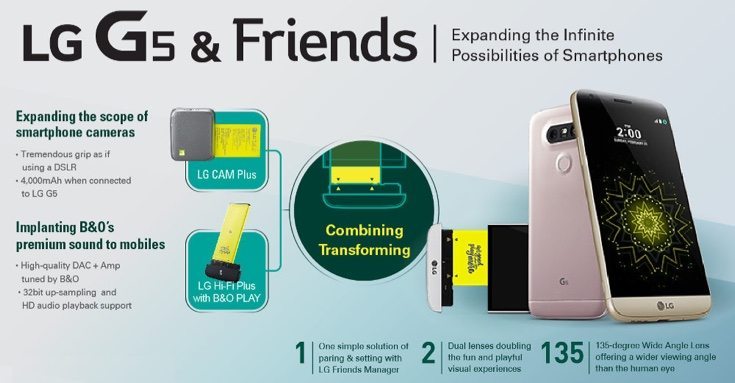 It has a dual camera set-up on the rear with a 16-megapixel sensor with laser autofocus, dual-tone flash, and 4K video recording, and secondary 8-megapixel sensor with 135-degree wide angle lens. There’s also an 8-megapixel front-facing shooter. The LG G5 has a removable 2800 Ah battery with Quick Charge 3.0, and features include an Infrared sensor, and a fingerprint scanner on the reverse.

The LG G5 will be available in various markets worldwide and releases in April. All four major US carriers, AT&T, Verizon, Sprint, and T-Mobile have announced they will be offering the phone. LG has not yet announced a specific release date or pricing but we’ll be back with much more in the coming days and weeks.

Are you interested by the new LG G5 with its modular design and Friends accessories? How much are you willing to pay for the LG G5?