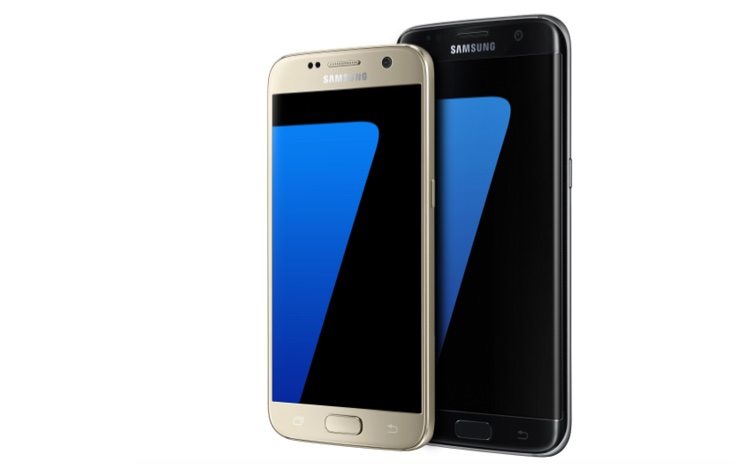 The Samsung Galaxy S7 and S7 Edge haven now been announced after months of leaks and rumors. We have details of the official specs and more for the new Samsung flagship smartphones. Fans of the line will be pleased to know that the new handsets have expandable storage via microSD, and are also waterproof.

Beginning with the regular Samsung Galaxy S7 it has a metal and 3D glass design. It meets IP68 certification standards for waterproofing, and a further feature is an internal cooling system. The newest Galaxy S7 phone also features Dual Pixel technology for the rear camera offering better quality image in low light as well as sharper images. An additional benefit is an always-on display feature.

Samsung Galaxy S7 specifications include a Snapdragon 820 quad-core processor or Exynos 8890 octa-core processor (models vary by market). These have Adreno 530 graphics or Mali-T880 MP12 graphics respectively. The phone has a 5.1-inch Super AMOLED display with Quad HD resolution of 2560 x 1440 resulting in 577 ppi. There’s 4GB of LPDDR4 RAM, and 32GB or 64GB models for internal storage (expandable via microSD to 200GB).

The Samsung Galaxy S7 Edge has also been announced with many of the same specs and features but with a curved edge display. This one steps up to a larger 5.5-inch display, also with Quad HD resolution, and it has a higher capacity 3600 mAh battery. The handset measures 150.9mm x 72.6mm x 7.7mm and weighs 157g.

The Galaxy S7 and Galaxy S7 Edge will both be offered in Black Onyx, Gold Platinum, Silver Titanium, and White Pearl color choices. Hybrid Dual SIM options will be available for some markets, with expandable storage available via the second SIM slot. The release date is from March 11 and pre-orders are already open for some markets. Initial prices announced are Euro 699 and Euro 799 for the Galaxy S7 and S7 Edge respectively. We’ll be bringing much more about these two new Samsung smartphones over the course of the next few days and weeks, including UK and US price news, accessories and more, so do check back with us from time to time.

Have you already set your sights on the Samsung Galaxy S7 or S7 Edge? If so, which one are you opting for and why?