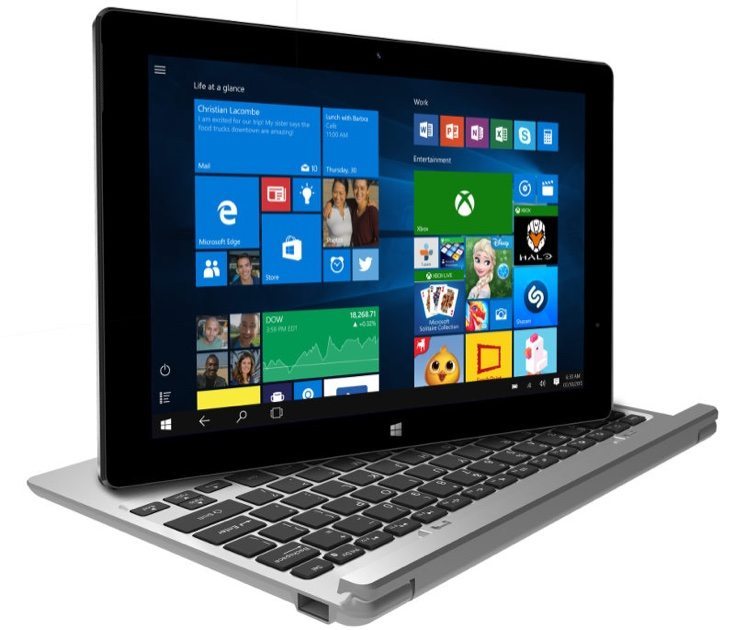 There appears to be a growing number of 2-in-1 devices hitting the market and now another one has just surfaced in India. The Lava Twinpad is a hybrid Windows 10 tablet and we have news on the price from the launch. Also coming up are the specifications of this new device.

Lava produces a steady flow of devices for the Indian market, and as the Lava Twinpad runs the Windows 10 operating system it could generate some interest. The Twinpad has a detachable keyboard offering more of a laptop experience when necessary, and it will be sold across online retailers, national retail stores, and multi-brand outlets.

It comes in a silver color and the Lava Twinpad price is Rs. 15,999. As far as specs are concerned this 2-in-1 is powered by a 1.33GHz Intel Atom Z3735F quad-core processor. It has a 10.1-inch multi-touch IPS display with 1280 x 800 resolution and bi-directional and steady screen placement. There’s 2GB of RAM and 32GB of internal storage that can be expanded via microSD to 64GB.

As we said at the top the Lava Twinpad runs Windows 10. Further specifications include a 2-megapixel camera on both the front and the rear, and it packs a 7400 mAh battery. Connectivity options include inbuilt 3G (using SIM slot), WiFi 802.11 b/g/n, Bluetooth 4.0, and 2 USB slots. The detachable keyboard comes with a trackpad, and the Twinpad also supports stylus use.

“In India, tablets as a category is still evolving but at the same time lines are blurring between phablets and tablets. At Lava, we are constantly investing in R&D to bring innovative yet relevant devices for the consumers. In Twinpad we have come up with a device that offers great computing functionalities and therefore finds a right fit with students & young working executives who are always on the move. The overall proposition led by dual functionality & a bidirectional screen will redefine benchmarks in this category.”

Does the Lava Twinpad look and sound like a Windows 10 device that you might be interested in? What do you think of the price of the Twinpad?