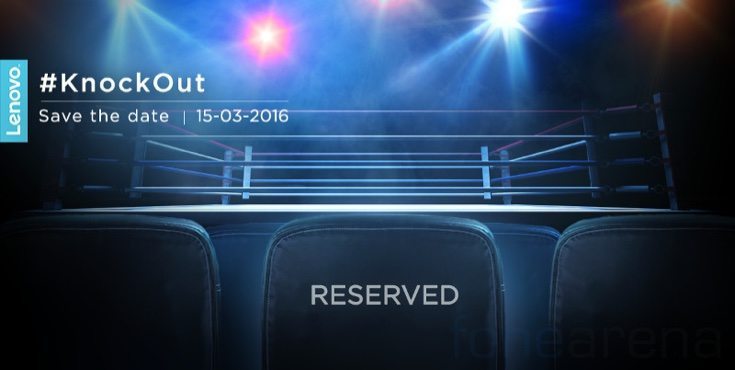 Many readers will have been following all the news from MWC 2016 in Barcelona last week. If you’re one of them you will have heard about the Lenovo Vibe K5 and the Vibe K5 Plus that were unveiled during the event. We knew that both phones were heading for a March release. Now the Lenovo Vibe K5 Plus India launch is set for March 15, but there’s no news on the regular K5.

The Vibe K5 and K5 Plus are mid-range smartphones, and the K5 Plus is in fact the same device as the Lenovo Lemon 3 that launched in China early this year. The Lenovo Vibe K5 and K5 Plus share many of the same specs, with the Plus version having an improved processor and higher display resolution. It’s unclear why there’s no mention of the Vibe K5. Nevertheless at least we know that there’s not long to wait for the Lenovo Vibe K5 Plus India launch.

Lenovo has now issued invitations for the launch of this new smartphone in India and it will take place on March 15. The Lenovo Vibe K5 Plus price for India has not been given yet but we should hear this confirmed at the launch. As an approximate guide, at MWC a US price of $149 was announced. That’s equivalent to around Rs. 10,240 but of course that’s merely an indicator as pricing can vary by region.

The handset is offered in Champagne Gold, Graphite Gray, and Platinum Silver colours. Key specs include a Snapdragon 616 octa-core processor (four cores at 1.5GHz and four at 1.2GHz), and Adreno 405 graphics. It has a 5-inch display with Full HD resolution of 1920 x 1080, 2GB of RAM, and 16GB of internal storage (expandable). The dual SIM Android phone has a 13-megapixel rear camera, 5-megapixel front-facing shooter, and 2750 mAh battery.

While it’s good to hear about the India launch date for the Lenovo Vibe K5 Plus, we’re left wondering about the lack of news for the standard Vibe K5. Had you been considering one of these new Lenovo phones as your next device purchase? Will you buy the Vibe K5 Plus or wait to see if the regular K5 arrives?