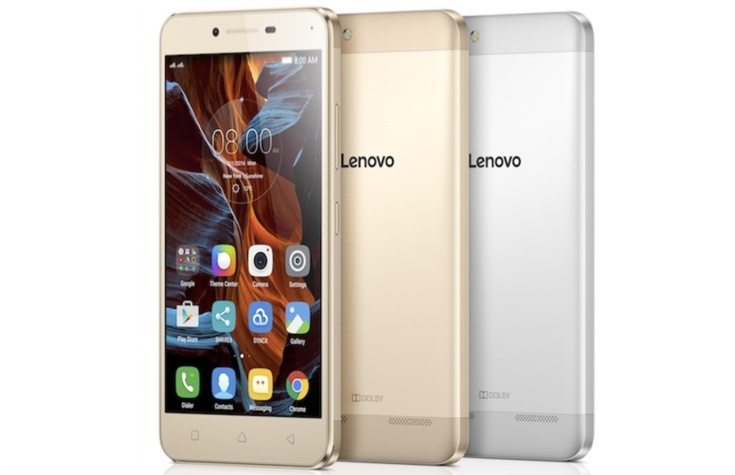 There were many new smartphones being unleashed at MWC 2016 this week. While we’ve given information on many of them there are two new Lenovo handsets that managed to escape us. The Lenovo Vibe K5 and K5 Plus are mid-range offerings that will release next month, and if you want the specs and prices you’re in the right place.

Some readers may have heard of the Lenovo Lemon 3 that was launched in China in January. In mid-February we told how an international variant would be revealed at MWC, and the Lenovo Vibe K5 Plus has turned out to be that global version of the Lemon 3. The Lenovo Vibe K5 price is $129 (Â£93, â‚¬117, or Rs 8,860) while the Vibe K5 Plus price is $149 (Â£107, â‚¬135, or Rs. 10,240). Both will be offered in Champagne Gold, Graphite Gray, and Platinum Silver colors and released from March.

The Vibe K5 and K5 Plus share many of the same specifications with just a few variations. Starting with the Lenovo Vibe K5 specs these include a 1.4GHz Snapdragon 415 64-bit octa-core processor, Adreno 405 graphics, and a 5-inch IPS display with HD resolution of 1280 x 720. It has 2GB of RAM, 16GB of internal storage (expandable with microSD card to 32GB), and is juiced by a 2750 mAh battery.

The Lenovo Vibe K5 carries a 13-megapixel rear camera with LED flash and 1080p video capture, and at the front there’s a 5-megapixel shooter. It’s a dual SIM phone with connectivity options that include 4G LTE, WiFi 802.11 b/g/n, Bluetooth 4.1, and GPS. The phone also features Dolby Atmos, FM Radio, and a 3.5mm audio jack, and it runs the Android 5.1 Lollipop OS with Lenovo’s UI.

Specs for the Lenovo Vibe K5 Plus are exactly the same as above except for the following. This one has a Snapdragon 616 64-bit octa-core processor (four cores at 1.5GHz and four at 1.2GHz), and its 5-inch display steps up to Full HD resolution of 1920 x 1080.

What are your thoughts on the Lenovo Vibe K5 and Vibe K5 Plus? Do you think you might purchase either of these new Lenovo smartphones?