Oppo R9 gearing up to launch on March 17 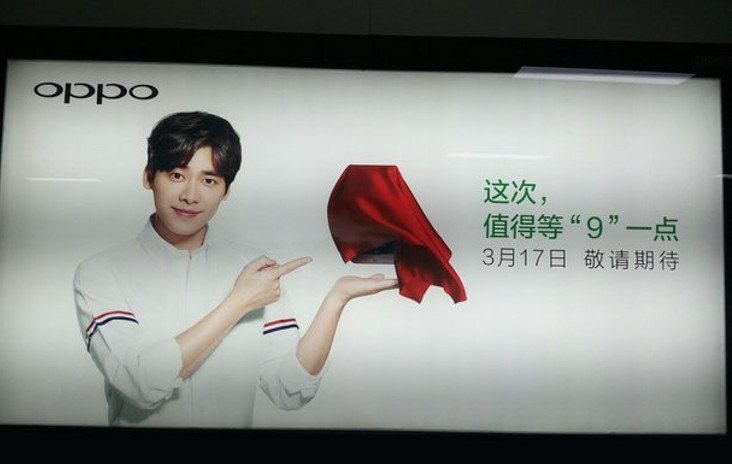 Many of the big guns have been revealed in the smartphone world for 2016, but a few stragglers are set to debut this month. The Oppo R9 is one of them, and today the company has tipped its hand towards itsÂ release date.

Oppo may not be a name like Samsung or LG is in the states, but they have a large following in certain parts of the globe. When it comes to promotion, they are like the rest of the crowd and that’s how we have learned new details on the Oppo R9 release. The company has started plastering ads about a new smartphone around town, and it appears it will be the Oppo R9.

Little concrete information has come to light on the Oppo R9, but we do have a few details to share. Previous rumors suggest it will be a large device with a 6-inch panel carrying a resolution of 1,920 x 1,080. Beneath that big slab of glass will be a Snapdragon 820 and 3-4GB of RAM, and a 3,700mAh battery is said to keep the lights on. 64GB of storage and Android 6.0 round things out for the Oppo R9 along with a nice 21MP/13MP camera combo and Super VOOC charging.

According to the marketing material, the Oppo R9 will be officially launched on March 17 although there’s still no word on when you’ll actually be able to get your hands on the device. If the specs pan out, it won’t be cheap but could certainly be worth a look given the company’s previous releases.