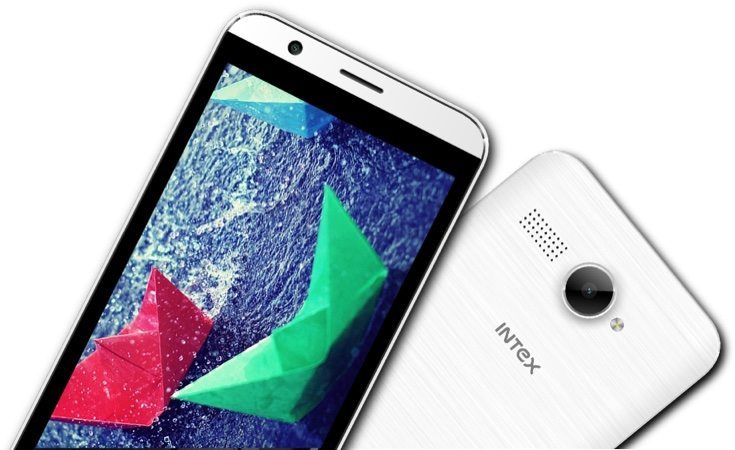 We’re seeing plenty of new smartphone arrivals from Intex for the market in India at the moment. Now another device has emerged, as the Intex Cloud Force has been listed online and it’s on sale now. We have details of the specifications and more coming right up.

In the last week we have already heard of two new Intex smartphones. The first is the Intex Cloud Breeze priced at Rs. 3,999, and then yesterday we reported on the Intex Aqua Twist with a rotating camera feature. We heard that the price of the Aqua Twist would be Rs. 5,199. In fact it has since gone on sale at HomeShop18 at Rs. 4,999 and dubbed the Intex Topsy-Turvy.

Now the Intex Cloud Force will offer some further choice and it’s listed on the official Intex website with a price of Rs. 4,999. We have also come across it on eBay India where it’s in stock now at Rs. 4,499. It comes in Dark Grey and White color options, and it’s powered by a 1.3GHz Spreadtrum SC7731 quad-core processor with Mali-400 graphics.

It has a 5-inch display with resolution of 854 x 480 protected by Corning Gorilla Glass. Further specs of the device are 1GB RAM, 8GB of internal storage (with microSD expansion to 32GB), and a 2500 mAh battery. It has a 5-megapixel rear camera with LED flash, and at the front there’s a VGA snapper. The Intex Cloud Force is a dual SIM handset and connectivity options include 3G HSPA+, WiFi 802.11 b/g/n, Bluetooth 4.0, and GPS.

This phone runs the Android 5.1 Lollipop operating system, and it also has FM Radio and a 3.5mm audio jack. The handset measures 145.3mm x 72mm x 9.5mm and it weighs in at 158g. Just a few of the pre-installed apps include Newshunt, Freecharge, Saavn, Chaatz, iStore, and Intex Service. What are your initial impressions of the Intex Cloud Force?