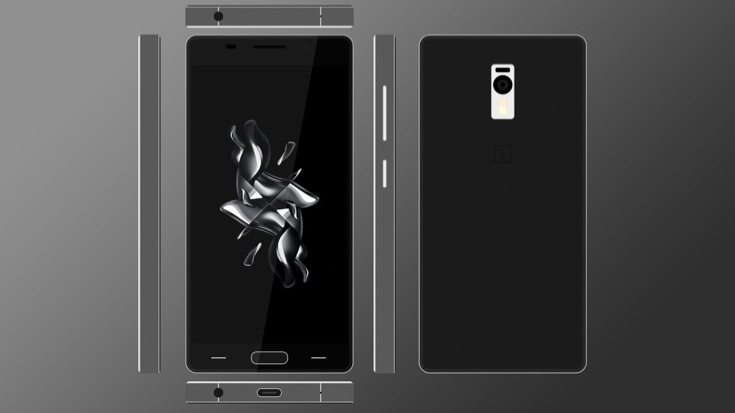 Sometimes it’s good to take a break from covering new smartphones and tablets and instead take a look at concept designs. These often set our minds racing over future prospects, and today we’re looking at a OnePlus idea. It may not be the much-rumored OnePlus 3, but the OnePlus S is a budget killer phone concept instead.

Some readers may have seen the Lenovo Vibe Alpha concept that we reported on yesterday. It was created by DeviantArt member r4yNTv, who has also envisioned this OnePlus S smartphone. This one also comes with a hugely detailed specs sheet that’s really worth checking out. We’ll outline the key specs here, and if you want the whole caboodle you can see the finer details at the source below.

As far as the design is concerned it’s described as a hybrid of the OnePlus 2 and OnePlus X. It has an aluminum frame and chamfered edges, and a removable 2.5D curved sandstone reverse. The phone also features IP65 certification giving it a degree of water-resistance, and a fingerprint sensor. This OnePlus S concept is certainly an interesting idea, and remember, you can see fuller details at the source link.

What are your thoughts on the design and specs of this OnePlus S concept? Maybe you have your own ideas of what you’d like to see in a future OnePlus smartphone? Do let us know by dropping us a comment in the usual way.