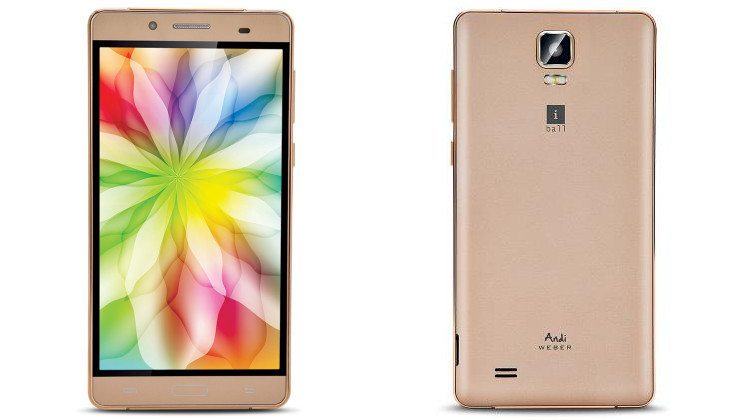 iBall isn’t the most prolific smartphone manufacturer around, but they have produced a steady stream of devices. One of their latest is the iBall Andi 5.5H Weber 4G, which is rolling into India with mid-range specs.

The iBall Andi 5.5H Weber 4G is on the low-end of the smartphone spectrum, which means you’ll get a 64-bit quad-core Cortex A53 clocked at 1GHz and backed by 1GB of RAM. The storage capacity is listed at 16GB, but expandable through the usual means. As for the display, the Weber 4G features a 5.5-inch panel with a resolution of 1,280 x 720.

On the backside of the iBall Andi 5.5H Weber 4G, you’ll find an 8MP sensor with an LED flash while the front-facing camera clocks in at 5MP. The usual software features are present in the camera department and the same can be said of the sensors. The iBall Andi 5.5H Weber 4G will have Dual SIM connectivity with 4G support for both slots and is powered by a 2,680mAh battery. As you might expect, it runs Android 5.1 out of the box.

The iBall Andi 5.5H Weber 4G has gone live on the company’s official website along with a slightly more powerful handset dubbed the Andi 5Q Gold 4G. A release date for the devices hasn’t been given and pricing is still up in the air as well although they should be affordable when they arrive in the region.