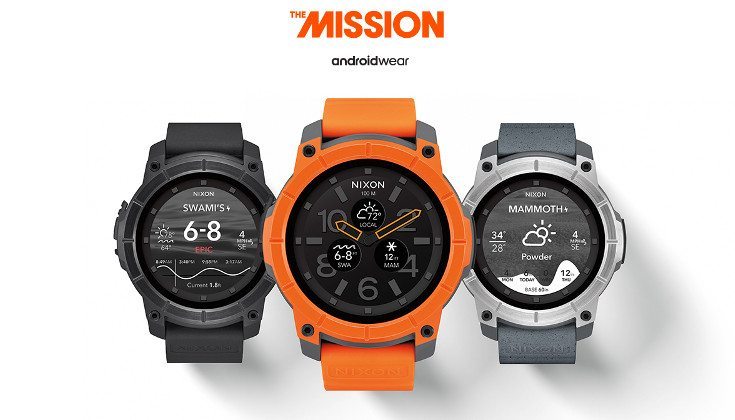 If you’re looking to pick up a new smartwatch in 2016, there will be no shortage of options to choose from. One of them will be the Nixon Mission Smartwatch, which has been announced as a smart wearable geared towards outdoor enthusiasts.

Remember when only a handful of manufacturers produced watches with Android Wear? Soon those days will be a memory as companies are slowly starting to warm up to the Android Wear platform. Nixon has turned to the OS for the Nixon Mission Smartwatch, and the slick looking wearable has some features that definitely set it apart from the pack.

If you like to hit the slopes or surf, the Nixon Mission Smartwatch has you covered. The watch is powered by Surfline, which means you’ll get real-time surfing conditions from around the globe. It’s also water-resistant up to 100M and touch thanks to a combination of Gorilla Glass and the shock resistant polycarbonate case. If the mountains are more your speed, you’ll be pleased to know you can get slope reports delivered to your wrist as well. 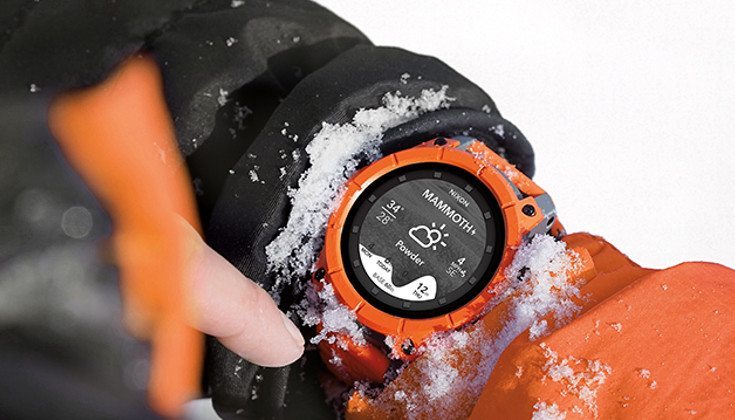 In terms of design, you’ll have plenty of options to choose from with over 20 bands and 15 different bezels. Another cool feature of the Nixon Mission Smartwatch is the chip that powers the show. The company opted for the new Snapdragon Wear 2100 chip, which should give a boost in performance and battery life although the rest of the tech specs remain a mystery at the moment.

The Nixon Mission Smartwatch is one of the better-looking wearables we’ve seen from manufacturers outside of the usual suspects, and could prove to be a popular choice across the board. Unfortunately, we don’t know how much it will cost or when it will hit the streets but will keep you in the loop as we learn more.