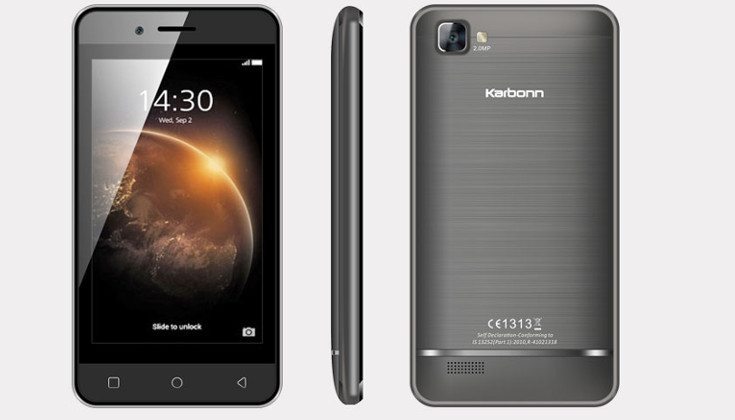 Karbonn is gearing up to introduce a brand new handset for consumers in India with the Karbonn Alfa A114 Quad. The smartphone has gotten listed online ahead of an official launch, and while we don’t know its price, we do know what it will pack under the hood.

If you like your handsets on the small side and without breathtaking specs, the Karbonn Alfa A114 Quad may right up your alley. According to the listing on the company’s official website, it will have a 4-inch TFT touchscreen display with a resolution of 480 x 800 and is powered by a 1.3GHz quad-core chip. The processor will get some help from 512MB of RAM while the storage is listed at 4GB but expandable up to 32GB through a microSD card slot.

The Karbonn Alfa A114 Quad may be entry level, but it still has a couple of snappers with a 2MP sensor and LED flash on the back and a VGA camera on the front. As you expect, the handset has Dual SIM connectivity to go along with 3G, Wi-Fi, Bluetooth, GPS, and an FM radio. The Karbonn Alfa A114 Quad will run Android 4.4 out of the box and is powered by a 1,400mAh battery.