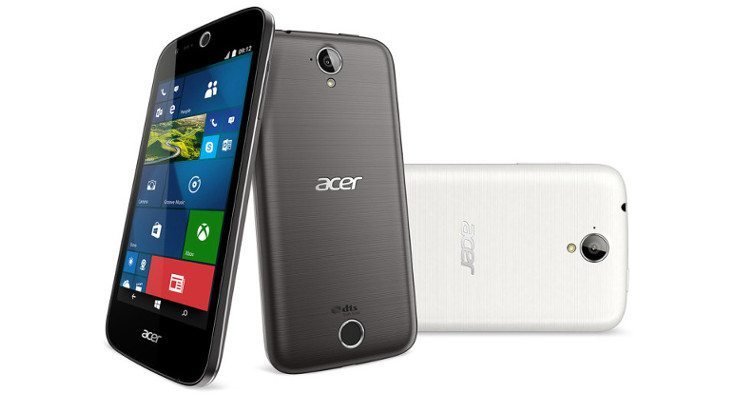 We expect to see a slew of Windows handsets this year, but not all of them will carry high-end specifications. The Acer Liquid M330 has been announced as a budget-friendly solution for consumers looking for a Windows handset, and its debut is right around the corner.

Acer has produced plenty of Windows smartphones, and regardless of the specs, they are generally affordable. That will be the case with the Acer Liquid M330, which is set to debut later this month through Microsoft. As mentioned, the specs are nothing to write home about, but the price tag is hard to ignore at only $99.

The Acer Liquid M330 is on the small end of the spectrum with measurements of 136mm x 66.5mm x 9.6mm and a weight of 144.5grams. That’s due in part to the tiny 4.5-inch panel on the handset, which sports a resolution of 854 x 480. The chip powering the show is listed as a Qualcomm Snapdragon 210 and it will get some help from 1GB of RAM while the storage clocks in at 8GB. Other features include a microSD card slot, DTS audio, a 5MP/2MP camera combo, and 4G LTE. The smartphone will run Windows 10 and has a 2,000mAh battery.

We don’t have an exact date for the Acer Liquid M330 release, but it will show up sometime this month through the Microsoft shop. It may not be the fastest device around, but it’s well worth a look given the price tag and Cortana.