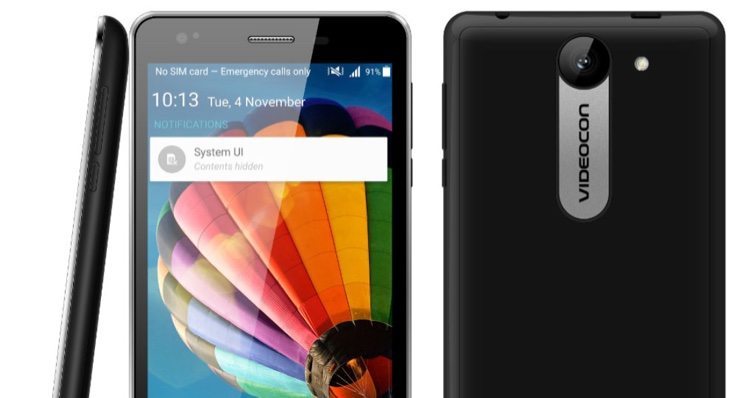 Two new smartphones from Videocon Mobile Phones have been announced in India today. We have information about the Videocon Krypton V50DA and V50DC budget prices at launch, and although the specifications are almost identical there are differences for the camera arrangements.

The dual SIM phone has a 5-megapixel rear camera with autofocus and LED flash, along with a 2-megapixel front-facing sensor. It supports 3G HSPA+, WiFi 802.11 b/g/n, Bluetooth 4.0, and GPS, and packs a 3000 mAh battery that’s nicely sized for a low-end smartphone. The Videocon Krypton V50DA runs the Android 5.1 Lollipop operating system.

Then comes the Videocon Krypton V50DC that has a price tag of Rs. 6,099 so is marginally more expensive. Specs are exactly the same as those above except it has an 8-megapixel rear camera with autofocus and LED flash, to go with a front-facing 5-megapixel camera.

“Videocon Mobile Phones is committed to take forward the power of smartphone mobility in the country. We are designing the smartphones, which are affordable and match with the needs of today’s dynamic consumers. As a consumer-first mobile brand, we will continue to bring the latest smartphone innovations at cost- effective pricing and reach out to mass markets in the country. By introducing consumer-focused devices like Videocon Krypton V50DA and Videocon Krypton V50DC, our focus is to introduce high on style smartphones on regular intervals to keep the momentum ongoing in Indian smartphone market.”

Why not give us your first impressions of the Videocon Krypton V50DA and Krypton V50DC? Will you buy either of these budget smartphones?