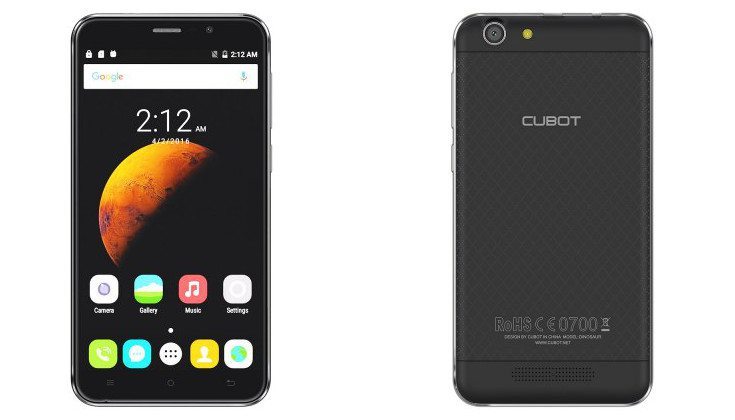 We’ve seen some oddly named smartphones over the years, and the upcoming Cubot Dinosaur definitely fits the bill. While we’re not sure why they chose that moniker, the smartphone is gearing up for pre-orders next week and carries an affordable price tag to boot.

Cubot is a brand we’ve touched on from time to time, and the Cubot Dinosaur is one of the latest handsets in their expanding arsenal. Despite its name, it doesn’t resemble a dinosaur, and there is no mention of any dino-themed wallpapers or other bits of prehistoric flair. It is quite affordable, however, and the specifications make it well worth a look if you’re in the mood for something different.

The Cubot Dinosaur is in the phablet class with a 5.5-inch display that sports a resolution of 1,280 x 720p. Beneath the glass, you’ll find the 1.3GHz quad-core MediaTek MT6735A, which is backed by 3GB of RAM. That’s a pleasant surprise, and the same can be said of the camera combo as there’s a 13MP sensor on the back and a 5MP snapper on the front.

In terms of storage, the Cubot Dinosaur comes with 16GB out of the box, but you can expand things to a degree through the microSD card slot. All the usual boxes are checked in the connectivity department as well, so you can expect Bluetooth 4.0, GPS, Wi-Fi, and Dual-SIM card slots. The Cubot Dinosaur will run Android 6.0 out of the box, and is listed with a large 4,150mAh battery.

As you can see from the specs, the Cubot Dinosaur isn’t a world beater, but will certainly get the job done. The price makes it even more impressive as it is set to roll out for around $119 bucks, which is a nice price if it performs well. If you’re interested, pre-orders have already begun for this one, but there’s been no solid release date set at this time.