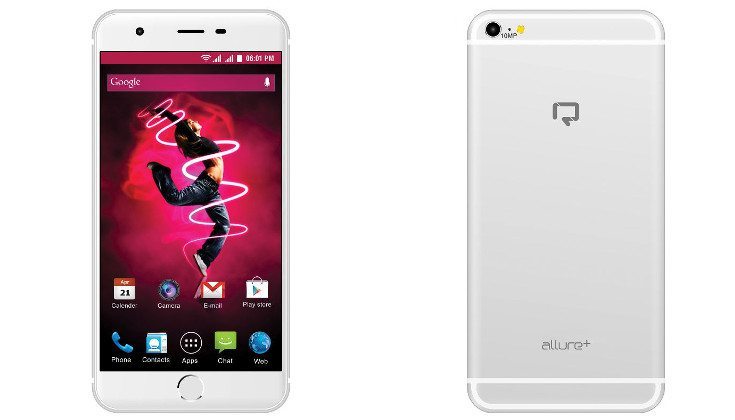 Reach Mobiles isn’t a brand most folks have heard of unless you reside in India and a few other locales. The latest handset bound for India from the company is the Reach Allure+, which has just been announced for Rs. 5,444.

We spend a lot of our time here at Phonesreview.co.uk covering budget-friendly smartphones. While the specifications have improved across the board for that class, some still lack certain features customers require. One of those features is 4G LTE, but we’re pleased to say you’ll get that on the Reach Allure+ and there are a couple of other areas we feel you may be interested in as well.

According to the listing, the Reach Allure+ is a 5-inch handset sporting a resolution of 960 x 540. Beneath the glass, you’ll find a quad-core chip clocked at 1.2GHz and backed by 1GB of RAM, while the internal storage is listed at 8GB but expandable through the usual means. It’s far from svelte at 169.2grams, but still won’t bulge in your pocket with measurements of 157.5mm x 79.1mm x 7.9mm.

In the camera department, the Reach Allure+ has a 10MP sensor with an LED flash, while the selfie-snapper is listed at 5MP. All the usual boxes are checked in the connectivity department as well, with Wi-Fi, Bluetooth 4.0, GPS, and 4G LTE. The Dual-SIM smartphone will draw its power from a 2,600mAh battery and will run Android 5.1 straight out of the box.

The Reach Allure+ has solid specifications and carries a reasonable price tag of Rs. 5,444, which shakes out to around $81 bucks in the states. It is currently available in Silver and Pink, but you’ll have to turn to ShopClues to get one as it is an exclusive through the retailer.

What do you think of the Reach Allure+ specifications given its price?