Lenovo Z1 gets May 10 crowd sourced launch date in India 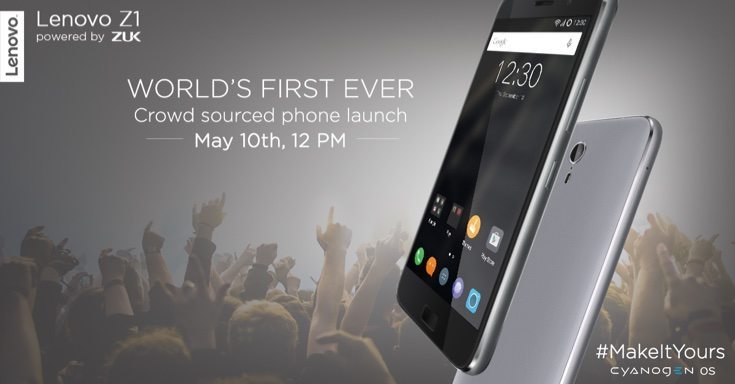 News today is of a Lenovo smartphone that is just about to become available in India. The Lenovo Z1 has just got a May 10 crowd sourced launch date, although there’s some mystery surrounding what this entails at the moment. It’s not exactly a new phone though, as it previously released in August 2015 for other markets as the ZUK Z1.

According to Lenovo India’s Facebook page, fans will play a part in launching the Lenovo Z1 on Tuesday next week at 12pm. The company says, “Announcing the World’s first Crowd Sourced Product Launch where YOU take center stage to launch the #LenovoZ1.” It’s not exactly clear what this will involve just yet, but in response to a question about this the company replied that more will be revealed soon.

If you’re interested in this device we’ll outline the specifications. The Lenovo Z1 is powered by a 2.5GHz Snapdragon 801 quad-core processor paired with Adreno 330 graphics. The IPS display is 5.5-inches in size and has Full HD resolution of 1920 x 1080. It has 3GB of RAM and 64GB of internal storage, and it’s a dual SIM handset.

An interesting factor is that it runs the Android 5.1.1 Lollipop-based Cyanogen OS 12.1. This will be upgradable to the Android 6.0.1 Marshmallow-based Cyanogen OS 13. The Lenovo Z1 will be offered in India in a dark grey color. There’s no news on the price yet but that should be announced at the launch next week. Are you interested in the idea of a crowd sourced launch for the Lenovo Z1?