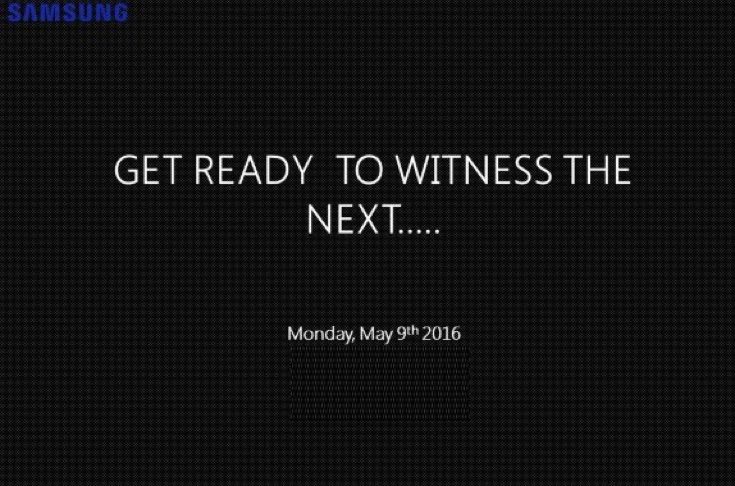 Two 2016 Samsung Galaxy J series smartphones are about to arrive for consumers in India. Following the popularity of the Galaxy J7 and J5 last year there’s likely to be plenty of interest in the new versions. The Samsung Galaxy J7, J5 next gen models will launch in India on Monday May 9, and of course that’s tomorrow.

The Samsung Galaxy J7 (2016) and Galaxy J5 (2016) both released in China in March and are also available in Europe. Now Samsung has issues press invites for the launch event for the phones in India. These Android Samsung smartphones should be especially appealing to selfie fans, thanks to their 5-megapixel front-facing cameras featuring LED flash.

As far as we know the new Samsung Galaxy J7, J5 will have the same design and specs as the models for the Chinese market. Therefore the Samsung Galaxy J7 (2016) packs an Exynos 7870 octa-core processor and 5.5-inch display with Full HD resolution of 1920 x 1080. It has 3GB of RAM and carries a 3300 mAh battery. There’s a 13-megapixel rear camera with f/1.9 aperture and LED flash, and the 5-megapixel front unit with flash that we mentioned before. It’s a dual SIM handset and has 4G LTE connectivity.

The Samsung Galaxy J5 (2016) has some of the same specifications such as the cameras, but is equipped with a Snapdragon 410 quad-core processor instead. It also has a smaller 5.2-inch display with HD resolution of 1280 x 720, 2GB of RAM, and a 3100 mAh battery. Both phones come in Gold, Pink, and White color choices and include NFC supporting Samsung Pay.

So far these no news on the price in India for these two new Galaxy J phones. However, we expect confirmed pricing and also an availability date to be announced at the launch tomorrow. When we hear the confirmed Samsung Galaxy J7 (2016) and Galaxy J5 (2016) prices for India and availability details, we’ll be sure to let you know.

Have you been waiting for the Samsung Galaxy J7 or Galaxy J5 next generation models in India? How much are you expecting to pay for either of these new Samsung smartphones?