New Samsung Galaxy Tab A 10.1 gets official specs and price 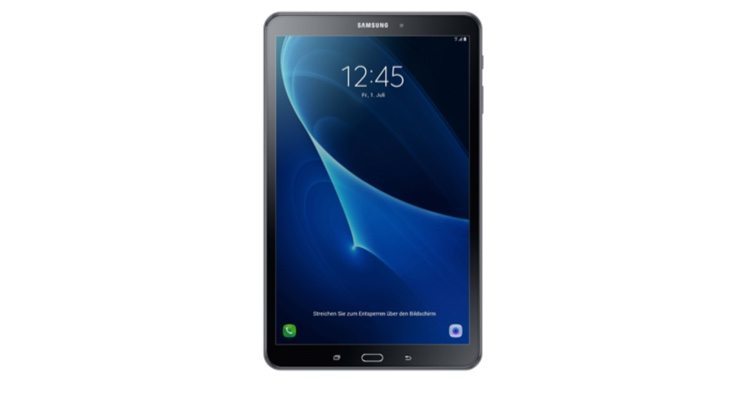 There have been leaks and rumors about an upcoming tablet in Samsung’s Galaxy Tab A (2016) series for a few months now, the latest being some leaked images of the device. Now the tablet is confirmed and we have details of the new Samsung Galaxy Tab A 10.1 official specs and price coming right up.

Some readers may recall that the tablet was briefly listed on Samsung’s website back in March before the entry was pulled. Now the device has been announced and specifications of this new member in the Galaxy Tab A series include a 1.6GHz Exynos 7870 octa-core processor, and a 10.1-inch display with resolution of 1920 x 1200. It has 2GB of RAM, and 16GB of internal storage that’s expandable via microSD card to 200GB.

What are your first impressions of the new (2016) Samsung Galaxy Tab A 10.1 and the newly confirmed specs and pricing? Drop us a comment in the box below.