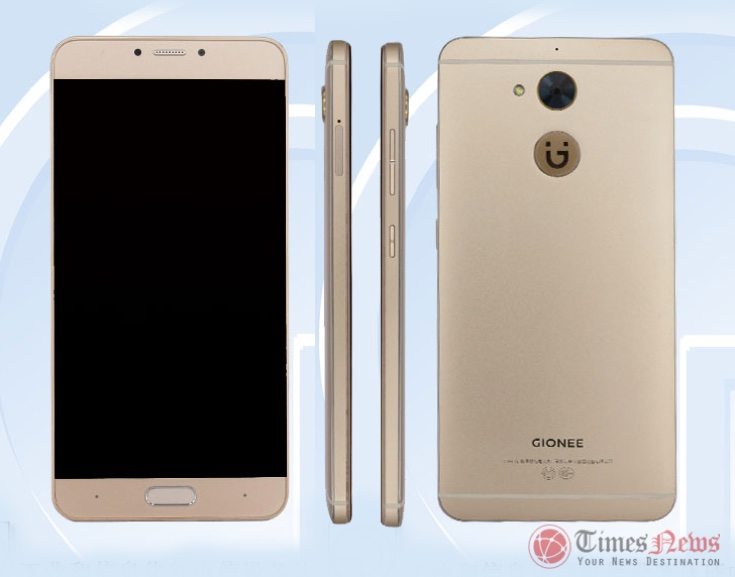 It’s often the case that we see indications of upcoming smartphones when they go through the TENAA certification process in China. There’s news today of a new Gionee handset, with a prospective Gionee S8 Lite (GN9012) in a specs reveal at TENAA.

The regular Gionee S8 launched earlier this year, and now a handset with the Gionee GN9012 model number has shown up on TENAA. From the design shown in the included images in the filing, as well as some key specifications, it looks likely to be the Gionee S8 Lite although that name has not been confirmed yet. The handset looks similar to the regular S8 with only the rear camera position being changed.

The TENAA listing shows the Gionee GN9012 to have a 1.8GHz octa-core processor (possibly the MediaTek Helio P10), and a 5.5-inch IPS display with Full HD resolution of 1920 x 1080. It has 4GB of RAM, and 32GB of internal storage that’s expandable through microSD to 128GB. Further Gionee GN9012 specs include a 3130 mAh battery, and it has connectivity options that include 4G LTE, 3G, Bluetooth, GPS, USB, and FM Radio.

The phone has an 8 or 13-megapixel rear camera with LED flash, and a 5-megapixel front-facing snapper. The TENAA documentation shows that it’s running the Android 6.0 Marshmallow operating system, and the images reveal that it’s in a Gold color. The handset measures 153mm x 75.3mm x 7.6mm and weighs 150g.

By comparison the regular Gionee S8 has a 1.95GHz Helio P10 octa-core processor, 64GB of internal storage, and a 3000 mAh battery. It has a 16-megapixel rear camera and 8-megapixel front-facing unit. Now that we have seen the Gionee GN9012 turn up for certification, we expect an official launch before too much longer. Stay tuned and we’ll bring you the news as it reaches us.

What are your thoughts on the prospective Gionee S8 Lite (GN9012) specs as revealed in this filing? Are you a possible buyer of this upcoming Gionee smartphone?