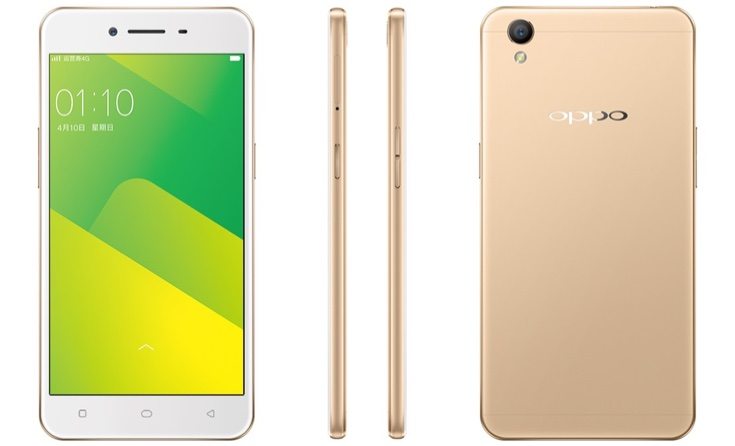 Oppo is a Chinese smartphone manufacturer that is gaining growing global success, and it looks like another new handset from the company will be making its way to India. The Oppo A37 is tipped for an India launch soon, after it was recently introduced for the Chinese market. It’s worth noting that the name of the phone might have changed for the India release.

Some readers may have heard of the Oppo R9 smartphone that launched in China, and it arrived for India as the Oppo F1 Plus. The Oppo A37 is a more recent introduction and now there has been a spot of 21,000 dummy units of the A37 being imported into India. These could be for display purposes and this certainly implies that the device is likely to launch in India, although nothing has been confirmed at this stage.

The Oppo A37 that launched in China packs a 1.5GHz MediaTek MT6750 octa-core processor, Mali T860 graphics, and a 5-inch IPS display with HD resolution of 1280 x 720. It has 2GB of RAM, 16GB of internal storage, and a 2630 mAh battery. It’s a hybrid dual SIM phone so storage can be expanded with a microSD card in the second SIM slot.

There’s an 8-megapixel rear camera with f/2.2 aperture and LED flash, and a 5-megapixel front-facing shooter with f/2.4 aperture. Connectivity of the Oppo A37 includes 4G LTE, WiFi, Bluetooth 4.1, GPS/A-GPS, NFC, microUSB, and OTG. The phone runs the Android 5.1 Lollipop-based ColorOS 3.0. It weighs 140g, is 7.68mm thick, and comes in Gold and Rose Gold colors with a metal unibody build.

The Oppo A37 price in India is not known yet, but as an indicator the price of this device in China is CNY 1,299. That’s equivalent to around Rs. 13,280, but remember this is just a guide and the final price for India may be higher or lower. We’ll bring you more on the prospective Oppo A37 India launch as we hear it. Does this sound like a smartphone that you might buy?