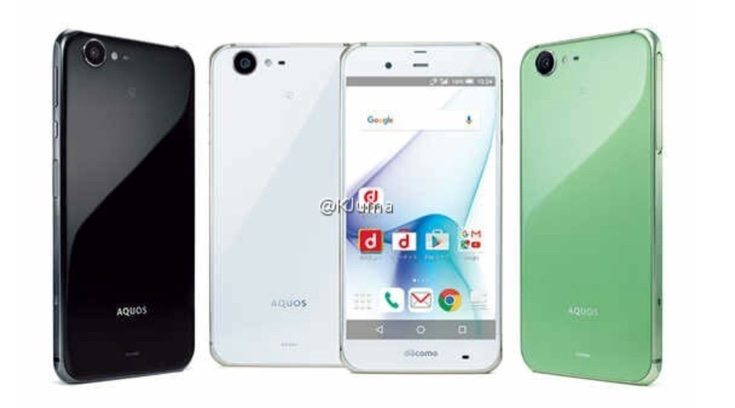 Sharp doesn’t churn out as many smartphones as some other manufacturers, but when they do they tend to be worth paying attention to. A new handset in the company’s Aquos Zeta series is on the way and some notable specifications have surfaced online. The Sharp Aquos Zeta SH-04H also has some powerful camera specs.

The Sharp Aquos Zeta SH-04H has been announced by the company, although there are no details yet on the price or availability. The online listing gives specs such as a Snapdragon 820 quad-core processor, and a 5.3-inch IGZO high-definition LCD display with Full HD resolution of 1920 x 1080. The screen features 2.5D curved glass and has protection from Gorilla Glass 4. The smartphone has 3GB of RAM and 32GB of internal storage that can be expanded via microSD to 200GB.

Further specs for the new Aquos Zeta model include a 3000 mAh battery, but the camera set-up is where things get really interesting. The Sharp Aquos Zeta SH-04H has a 22.6-megapixel rear camera. This includes Ricoh GR lens certification and f/1.9 aperture that can focus in only 0.4 seconds. As well as high quality images the camera also packs 4K video capture, 240fps video, and time lapse at 120 fps. That’s not all, as the camera also features real-time HDR and OIS (optical image stabilization). The front-facing camera is a 5-megapixel unit complete with wide-angle lens.

If this is whetting your appetite, further details are that it will be running Android 6.0 Marshmallow and have Sharp’s Al emopa 4.0 with health-focused features. The handset is 7.6mm thick, weighing in at 155g, and it’s also dust and waterproof. Color options are black, green, and white. In one last snippet the phone includes a fingerprint sensor below the power button on one side.

If this has all got you excited we should add that the new Sharp Aquos Zeta SH-04H is unlikely to release outside Japan. Hopefully we’ll hear something official soon about the price and release date. Would you like to get your hands on this new Sharp smartphone?