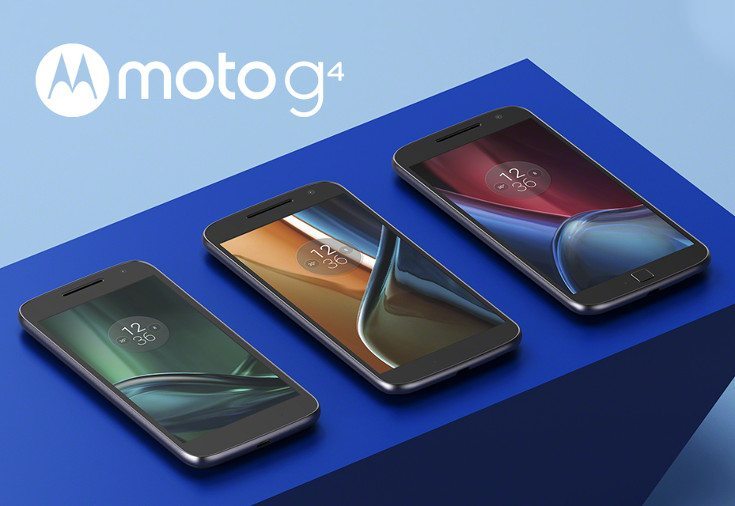 As expected, Motorola unveiled several new handsets today with the Moto G4, Moto G4 Plus, and the Moto G4 Play. The devices all share similarities, but we’re going to focus on the first two handsets to hit the streets and tell you about the Moto G4 and Moto G4 Plus price and specifications.

We’ve seen a steady stream of leaks involving Motorola’s new smartphone lineup for well over a month, and today they finally pulled back the curtain on part of their 2016 lineup. While there are no major surprises to be found, some regions will have to wait longer than others for the Moto G4 release date to arrive as both it and the Moto G4 Plus are going to receive a staggered rollout.

Both the Moto G4 and the Moto G4 Plus are in the phablet range, with 5.5-inch displays that carry a resolution of 1,920 x 1,080 or FHD if you prefer. A speedy Snapdragon 617 will power the handsets and while both have LTE and run Android 6.0, that is where the similarities end.

As the name implies, the Moto G4 is the “base” model so you’ll get 2GB of RAM, 16GB of expandable storage, and a 13MP rear camera with a dual-tone LED flash. The front-facing camera is listed at 5MP with a wide-angle lens, and a 3,000mAh battery with Turbo Charging will help keep the lights on.

As for the Moto G4 Plus, you’ll get options under the hood with a variant sporting 2GB of RAM and 16GB of storage and a high-spec’d model with 3GB of RAM and 32GB of storage. The rear camera has grown to a 16MP sensor with the same dual-tone LED flash but with PDAF and Laser Auto Focus. The front-facing snapper stays the same, as do the rest of the features with the exception of a fingerprint sensor.